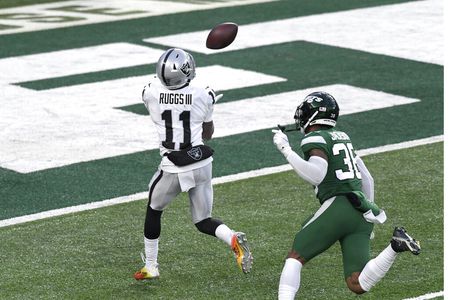 The New York Jets turned tanking for Trevor to a new level. The Jets had the game won as they had outplayed the Las Vegas Raiders and held a 28-24 lead with 13 seconds left. The Raiders had the ball at midfield with no timeouts when the Jets decided to do an all-out blitz. Derek Carr, who struggled most of the game, saw this and made a perfect pass to Henry Ruggs III. Ruggs, covered by Lamar Jackson, made the catch and waltzed into the end zone to win the game as the Jets lost 31-28 and dropped to 0-12.