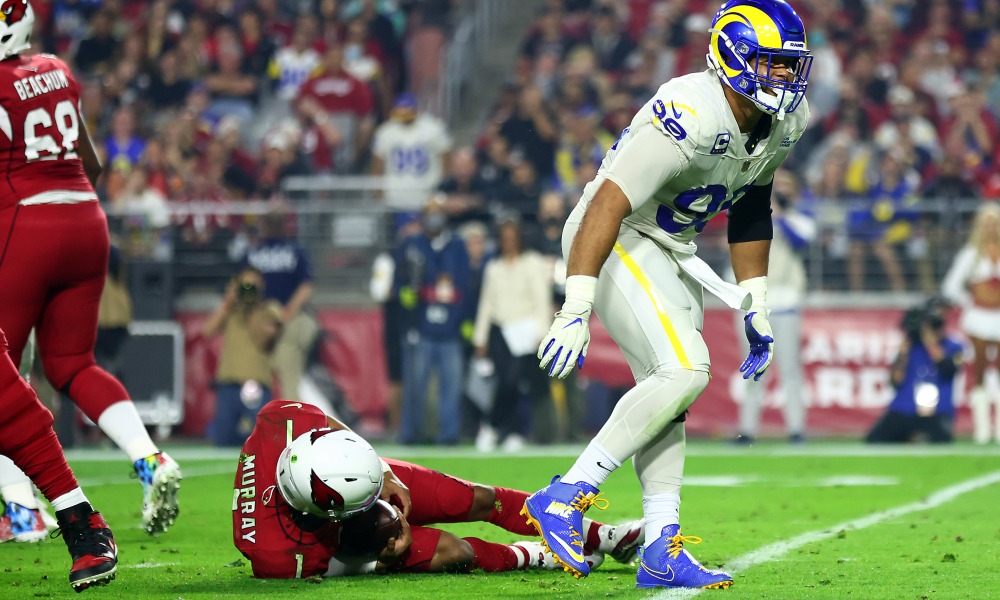 On Monday Night Football two NFC West teams clashed. The first place Cardinals had an opportunity to clinch a playoff birth with a victory, but the Rams had other plans. Los Angeles stifled Arizona’s offensive attack, sacking quarterback Kyler Murray four times, and forcing him into two interceptions.

The final score was 30-23, but it didn’t reflect the feel of how the game played out. Rams QB; Matthew Stafford threw for 287 yards, and three touchdowns on the night.

L.A. is now 9-4, and one game out of first place in the NFC. For Arizona, it was a missed opportunity.  Sitting at 10-3 they’re still a prime candidate for winning the NFC West, and hosting a playoff game.