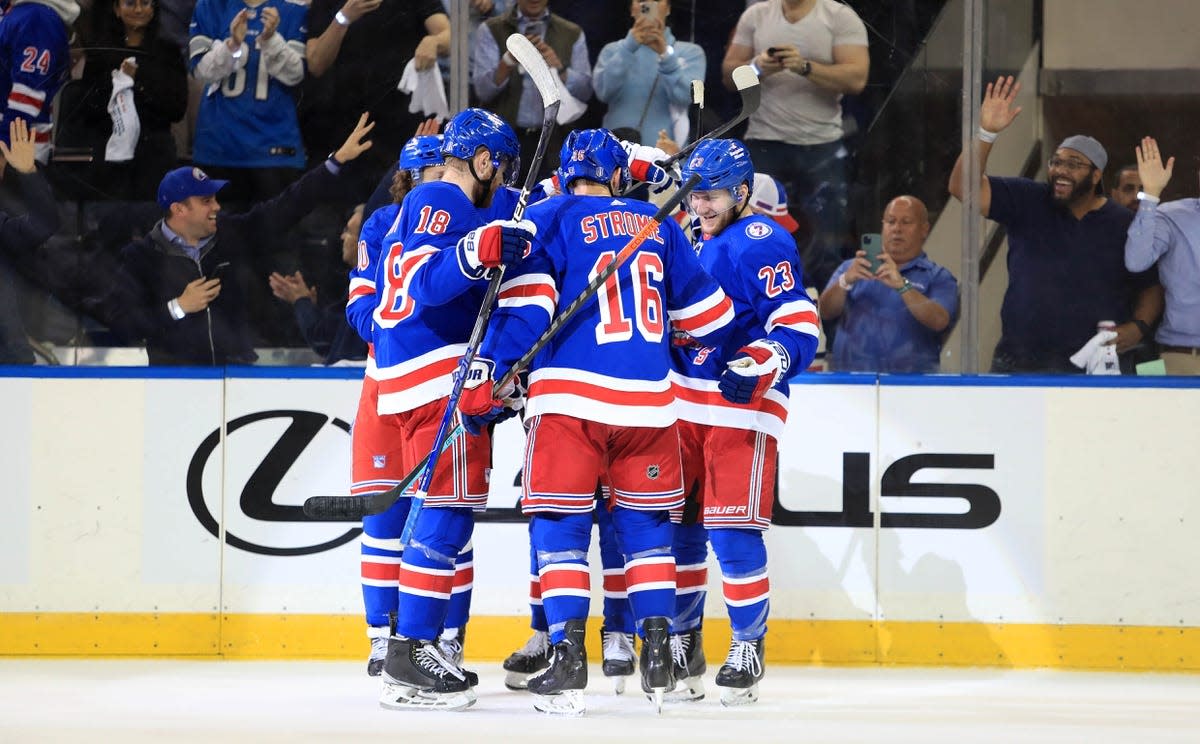 Game 1 of the Eastern Conference Final began on Wednesday night at The Garden.  The back to back Stanley Cup Champs, the Tampa Bay Lightning have won 10 straight playoff series, the longest streak dating back to the dynasty Islanders of the 80’s that emerged victorious from 19 series in a row.

The Rangers got off to a hot start with an early goal from Chris Kreider, and while Tampa kept the game close through the first period, New York’s offensive efficiency proved to be too potent for the Lightning, as the Rangers won the game 6-2.

It’s the 7th straight home victory for New York, and their first lead game lead in these playoffs, as they’ve come back to win both previous series in 3-1 fashion.  Tampa has been on the brink of elimination in their first series vs. Toronto, and it looks as though they’ll be pushed to the limit by New York in the Final Four as well.