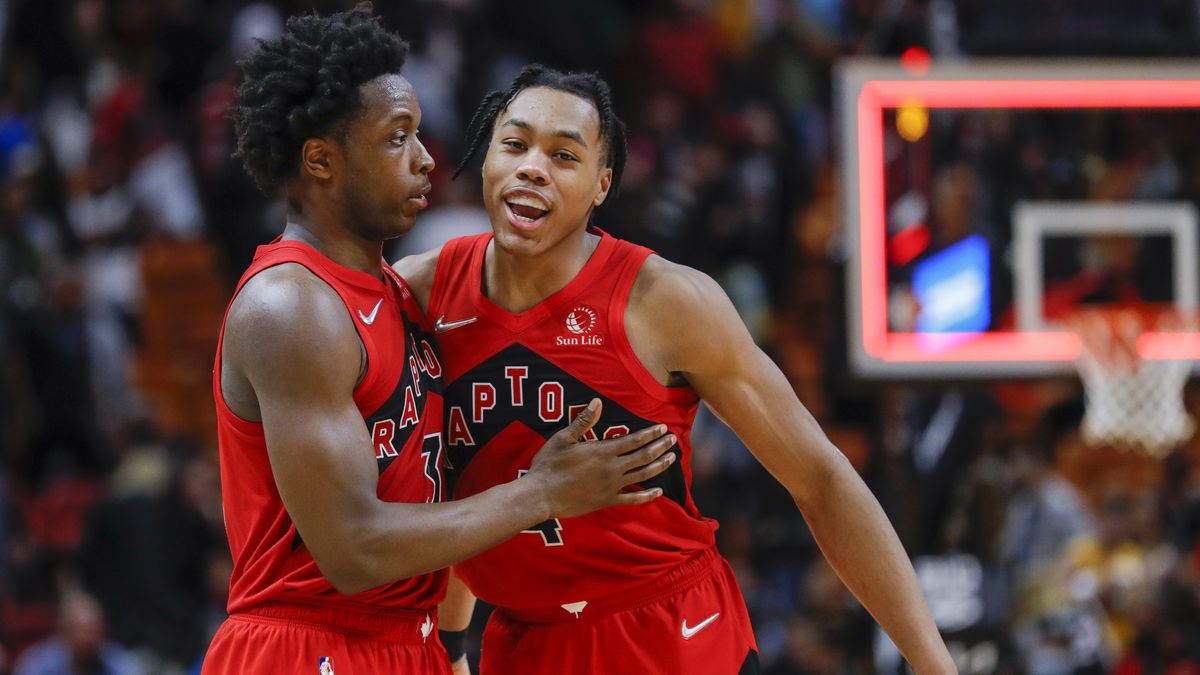 On Saturday night the Miami Heat attempted to win their fourth straight game, but were stifled by the Toronto Raptors.

Toronto was boosted with the return of their leader, Fred Van Vleet, who made two clutch three-pointers in triple OT to seal the road victory, 124-120.  Miami climbed a 16 point hill in the 3rd quarter to get back into the game.  The Raptor’s ability to bend, but not break was highlighted as they didn’t fully capitulate and were able to stay competitive in the game.

Miami was led by Jimmy Butler, who was questionable before the game dealing with a toe issue, but found a way to battle through and delivered a triple double.  The night belonged to the Raptors though, as Gary Trent Jr. countered Butler’s padded stat sheet with a team high 33 points.

Toronto has shown character to battle through adversity thus far in the season.  They’re now 24-23 on the year, and found themselves in the 8 seed within the Eastern Conference.