Reaves Wins It In OT For Lakers 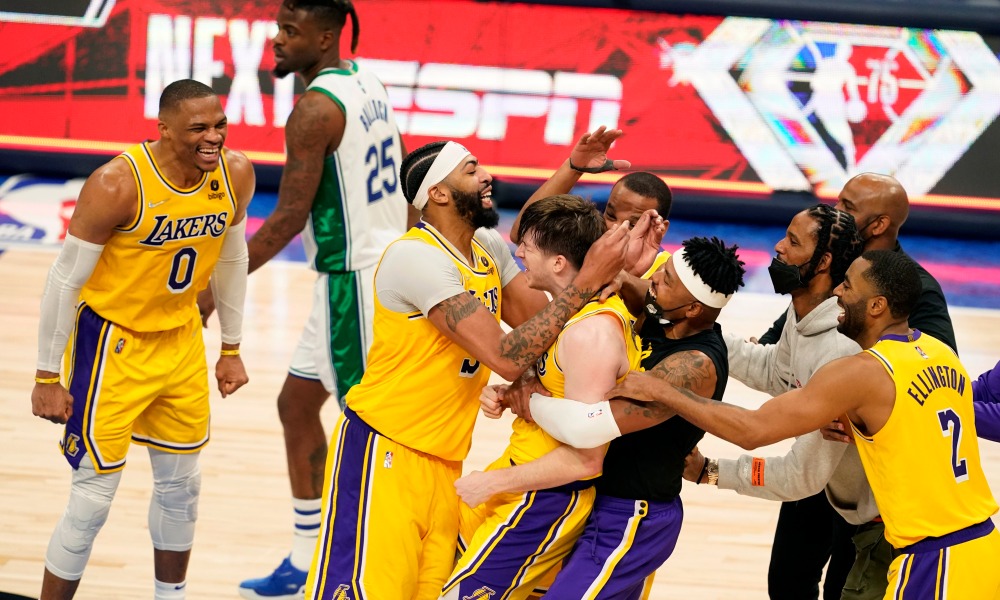 The Luka Doncic-less Mavs battled to take Wednesday night’s game to overtime with the Lakers, but fell short due to an undrafted rookie’s 3 pointer.  Austin Reaves; an undrafted first year player out of Oklahoma, sunk five out of six attempts behind the arc to clinch the W for Los Angeles, 107-104.

Reaves has seen valuable rotation minutes as Taylor Horton-Tucker has been out due to health and safety protocols. Dallas was without their star Doncic for the 3rd straight game.  While others have picked up the slack in the form of Jalen Brunson and Tim Hardaway Jr., it wasn’t enough to beat the Lakers Wednesday.

Anthony Davis returned to the lineup, and posted a double double with 20 points and 12 rebounds for Los Angeles as well. The Lakers have now won 3 straight, and look to be righting the ship before the all-star break.