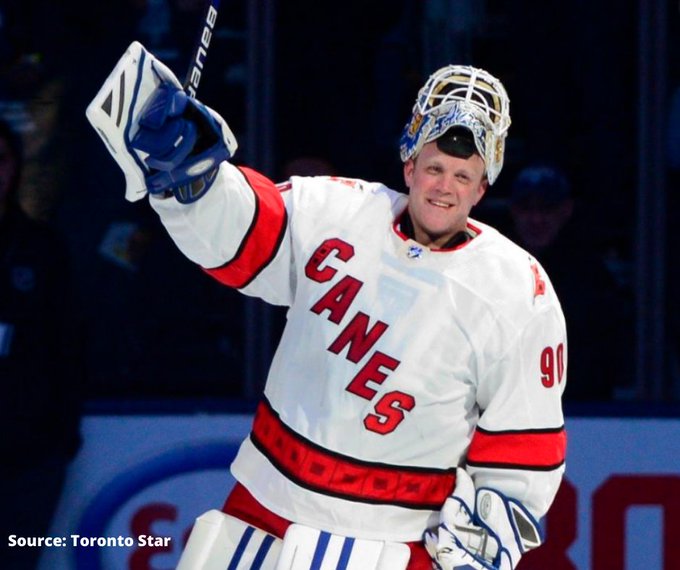 The Carolina Hurricanes honored David Ayers on Tuesday as they hosted the Dallas Stars at PNC Arena. Ayers, a 42-year-old Zamboni Driver, was pressed into service on Saturday after both Petr Mrazek and James Reimer were injured against the Toronto Maple Leafs. Ayers came in and earned the win, becoming an overnight sensation and an inspiration as he was a survivor of a kidney transplant. Since his 6-3 win on Saturday, Ayers has made several appearances as the Hurricanes have begun selling his jersey to raise money for organ donations. The Hurricanes could have used Ayers, as they suffered a 4-1 loss to Dallas, with rookie Alex Nedeljkovic struggling in his first career start.