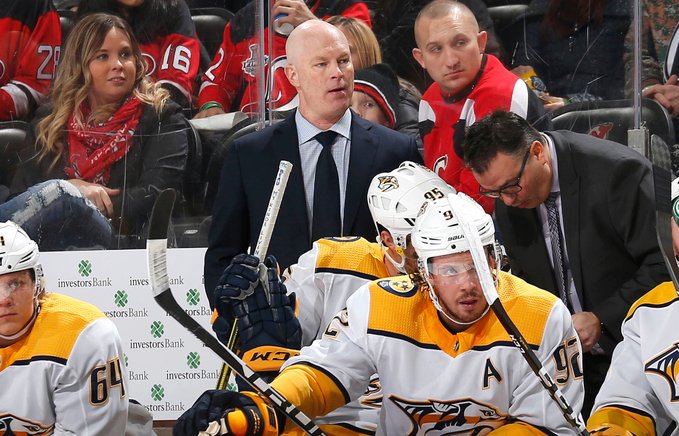 The New Jersey Devils have been the most disappointing team in the NHL. Expected to be a playoff contender, the Devils have played wretched hockey from the start, leading to wholesale changes, including the firing of General Manager Ray Shero and coach John Hynes. Things have not been much better for the Nashville Predators, who traded P.K. Subban to the Devils in the offseason. The Predators who recently hired Hynes to replace Peter Laviolette came to Newark Thursday to face the Devils. The game would go back and forth but was a microcosm of the Devils season as they blew two leads in the third period and lost in a shootout 6-5.