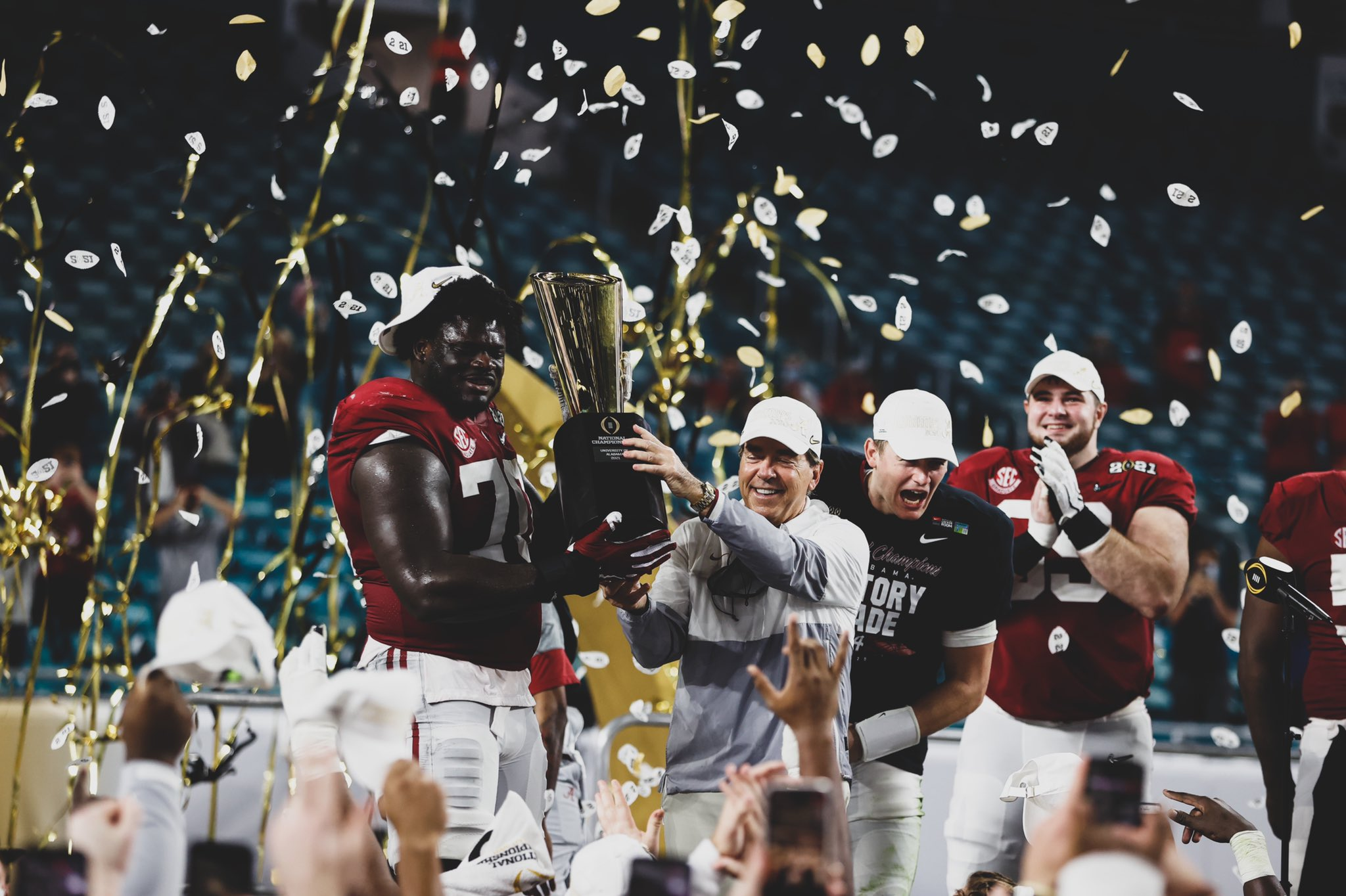 The Alabama dynasty has risen again, as the Crimson Tide crushed Ohio State 52-24 in the College Football Playoff Championship in Miami. It is the sixth National Championship for Alabama under coach Nick Saban and the 18th overall for the Tide, most in Division 1 FBS. Leading the way for Alabama was Mac Jones, who set a record with 464 with five touchdowns. Heisman winner DeVonta Smith had 215 yards on 12 receptions and three touchdowns before injuring his hand in the third quarter. It was overall domination as Ohio State could not match the output of Alabama.