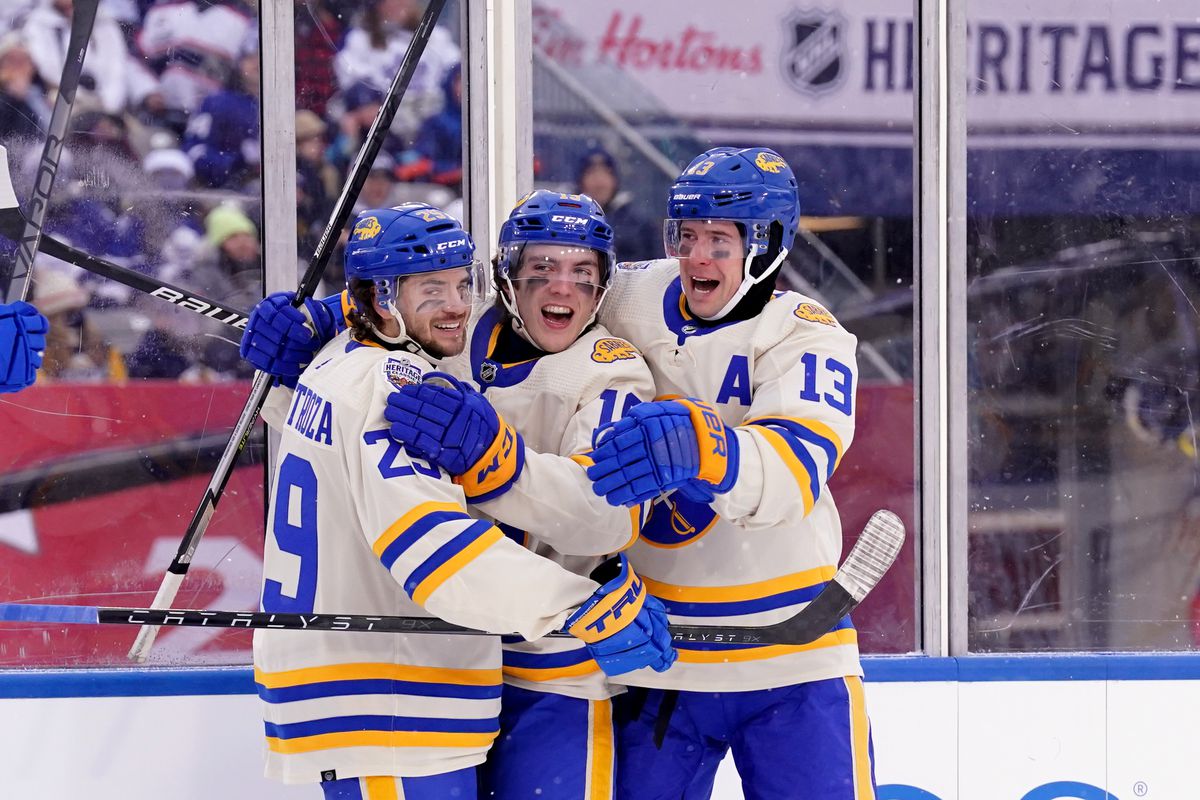 On Sunday afternoon the Buffalo Sabres won the NHL’s Heritage Classic, 5-2 in Hamilton, Ontario.  The outdoor hockey game didn’t disappoint as the underdog Sabres were led by Vinnie Hinostroza, who had two goals and two assists on the day.

The Maple Leafs came into the game as favorites, and rightfully so as they’ve won 37 games on the year.  Buffalo’s young team has played well as of late, winning 3 of their last 5 games.  It’s only Buffalo’s 20th win of the season, but their play on the ice has given the Sabre fanbase hope in a place where there previously was none.