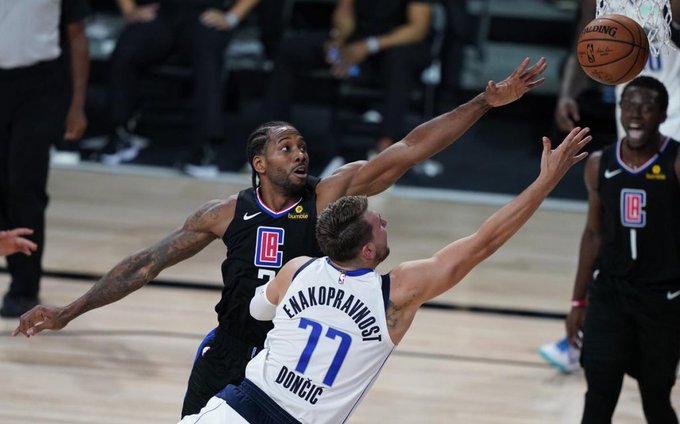 The Los Angeles Clippers are moving on to the second round after a 111-97 win over the pesky Dallas Mavericks in Game 6 of their first-round series on Sunday. Luka Doncic had another big game, scoring 38 points with nine rebounds and nine assists. However, without the presence of Kristaps Porzingis, who was out with a knee injury, the Mavericks had no second option and were no match for the deeper roster of the Clippers. The Clippers will have to wait to learn who is next, as the Denver Nuggets beat the Utah Jazz 119-107 as Jamal Murray scored 50 points to send the series to a seventh game.