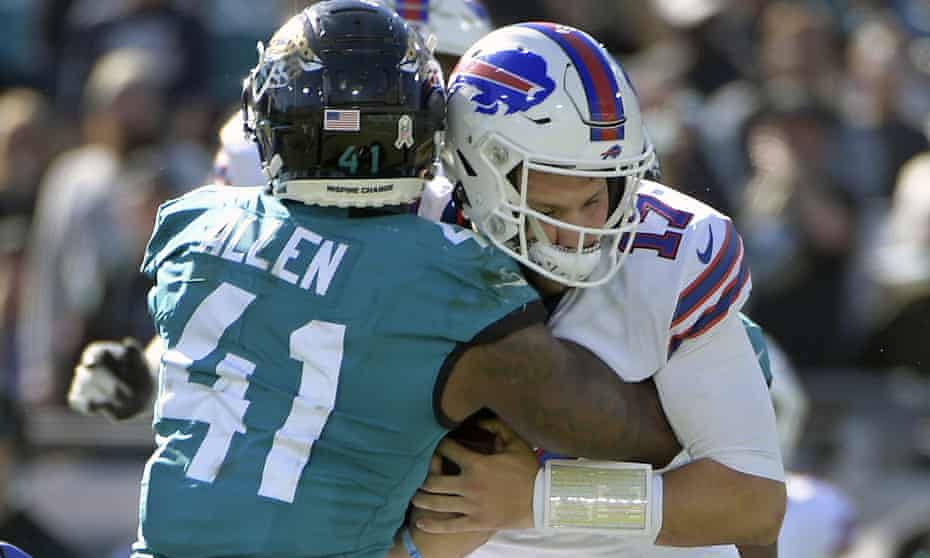 The Jacksonville Jaguars and the Buffalo Bills made history on Sunday, November 7th. It was the first time a defensive player, Josh Allen (JAX), sacked the opposing quarterback with the same name, Josh Allen (BUF).

Not only did the Jacksonville linebacker sack the Buffalo quarterback, he also intercepted Allen, and recovered a fumble from Allen.  It was a career day for the Jaguar’s Allen.

In a game where neither team scored a touchdown, Jacksonville’s Allen shined, putting the team on his back, and coming away with the win, improving the Jaguars record to 2-6.

As for Buffalo’s franchise quarterback, Josh Allen had a game to forget.  The highly touted Bills have struggled with expectations this season, minus their road win against Kansas City.  The Bills fall to 5-3 on the season, and will travel to New Jersey next week to take on division foe, the New York Jets.