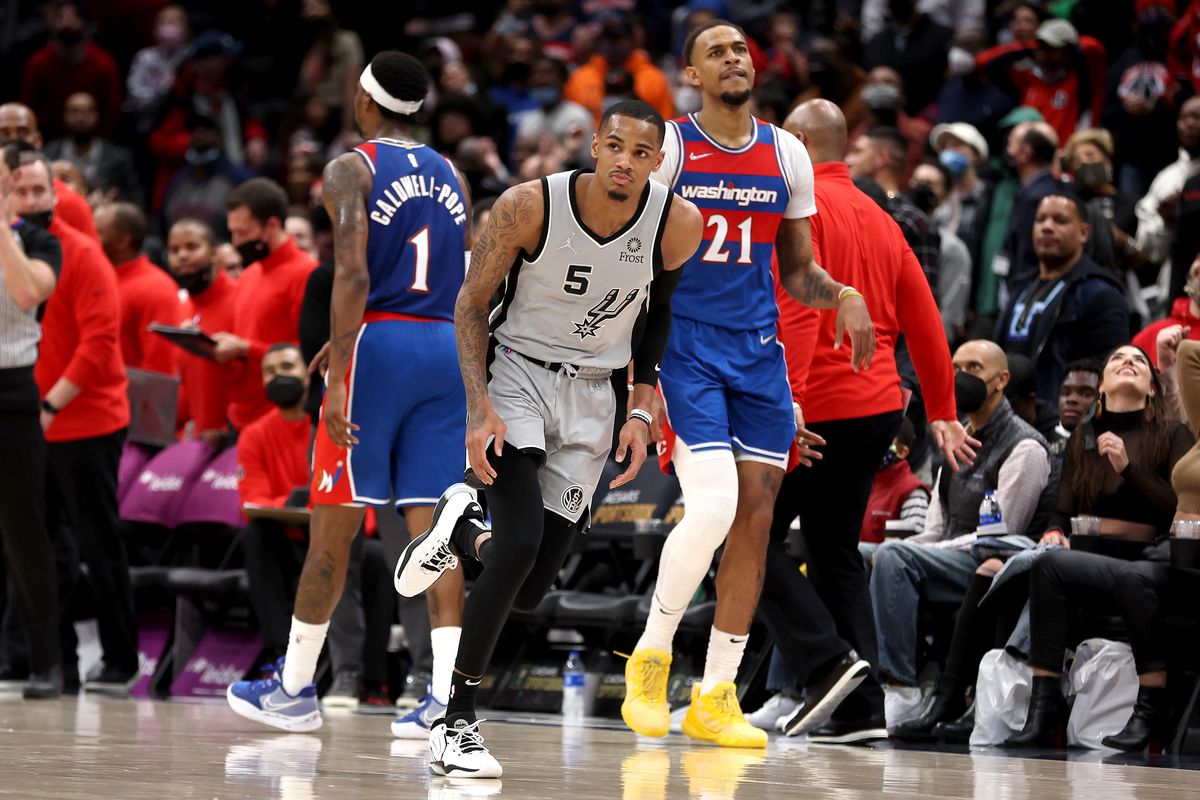 On Friday night the Spurs traveled to D.C. to take on the Wizards.  Two teams on the outside looking in of the playoff race, that desperately need to put together a solid stretch of play, went to double overtime.

The Spurs, behind All-Star guard, Dejounte Murray won the contest 157-153.  Murray had a triple double on the night, with 31 points, 14 rebounds, and 13 assists.  The Wizards were boosted by Kyle Kuzma’s 36 points, but it wasn’t enough to thwart the away team.

Keldon Johnson had a career high 32 points for San Antonio as well.  Both teams have struggled this season due to injury and inconsistent play, however if they can manage to get hot, they could play spoiler to those higher seeded clubs in the playoffs.

The Spurs will have a chance to make it two in a row on Saturday night in Miami, while the Wizards will travel to Cleveland Saturday as well.