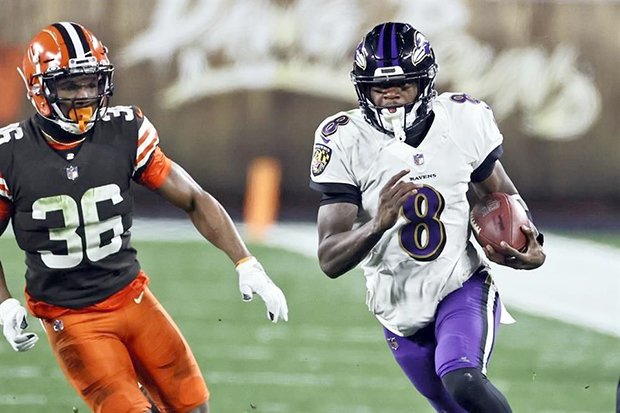 Things looked bleak for the Baltimore Ravens at the two-minute warning. They trailed the Cleveland Browns 35-34. Lamar Jackson was still in the locker room dealing with cramps, as backup Trace McSorley was injured after a third-down sack. It had been an action-packed Monday Night game in Cleveland, with the Browns rallying to take the lead. As the Ravens faced fourth down, Lamar Jackson came back after the timeout and hit Marquise Brown on a 44-yard touchdown pass. JK Dobbins added the two-point conversion, shifting the pressure to the Browns. Baker Mayfield responded, taking 47 seconds to go 75 yards to tie the game. He may have been too quick to respond as  Jackson drove the Ravens into field goal range, with Justin Tucker hitting from 55 yards. The final would be 47-42 as the Browns’ desperate lateral play at the end of the game resulted in a safety.