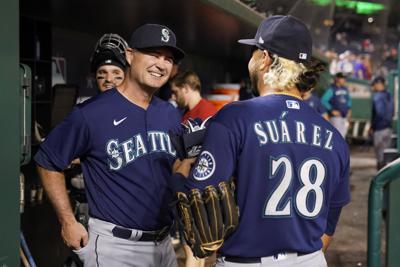 Wednesday saw the Mariners and National play a doubleheader at Nationals Park. Washington has been in a free fall this season, and Seattle took advantage, being the Nats in both the day and night games.

The back to back wins pushes the Mariner’s win streak to 10. It’s the first time the AL West ball club has won 10 straight games since 2002. Eugenio Suárez homered in the day game, and Jesse Winker hit a solo shot in the nightcap.

Juan Soto did extend his hit-streak to 15 games for Washington, but the story is about the young budding team in the Pacific Northwest. They’ll take their massive win streak to Texas, as they’ll face division opponent, the Rangers in a 4 game series beginning on Thursday.