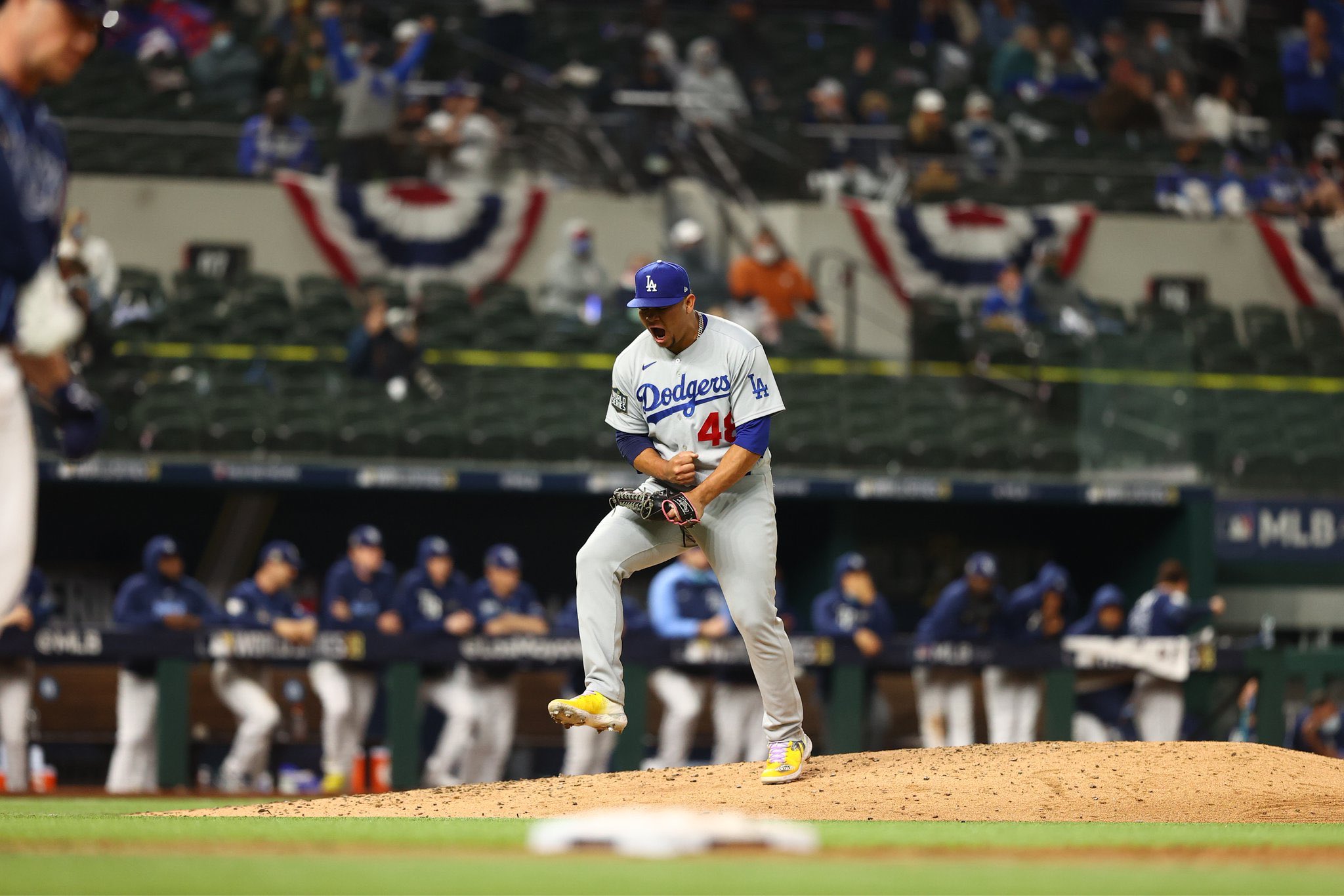 After a crazy Game 4, the Los Angeles Dodgers add some normalcy for Game 5 and are now one win away from winning the World Series. The Dodgers beat the Tampa Bay Rays 4-2 on Sunday night in Arlington as Clayton Kershaw won his second game of the series, while the Dodgers bullpen showed none of the flaws from Game 4. The Dodgers jumped on Tyler Glasnow for two runs in the first inning, taking a 3-0 lead in the second inning. After the Rays cut the lead to 3-2 in the third, Kershaw and the Dodgers bullpen bulked down, with Blake Treinen dominating in the ninth.