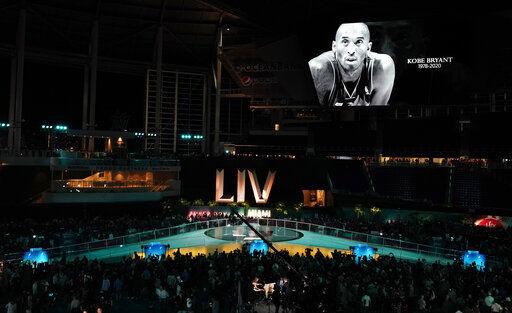 The sudden and tragic loss of Kobe Bryant continued to have an impact on the sports world on Monday. Even as the media began focusing on the big game, the sad events were front and center at Super Bowl LIV, with players from both the San Francisco 49ers and Kansas City Chiefs giving their thoughts and memories of the NBA Hall of Famer. The usual media day circus took on a more measured tone, as fans chanted Kobe’s name, while a picture hung at the jumbotron above the events at Marlins Park in Miami. Kobe Bryant was killed along with his daughter and two of her young teammates, who were among nine people who perished in a helicopter crash Sunday Morning near Los Angeles. The group was on their way to a game in Thousand Oaks.