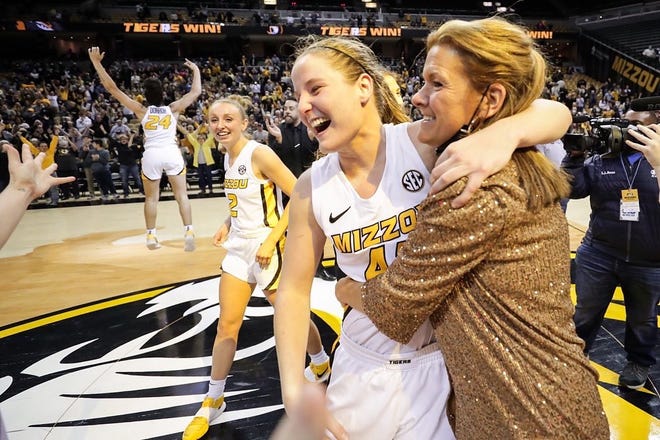 On Thursday night the number one team in the country traveled to Columbia Missouri and lost their first game of the year. The Tigers were extremely limited with roster options as they only had eight players available. Moreover, they were also missing their leading scorer, Aijha Blackwell.

South Carolina went into the game undefeated, and carrying a streak of 43 consecutive victories against unranked opponents. However, none of that mattered on the night as Hayley Frank and Lauren Hansen both has 21 points for Mizzou.

In a close game throughout, the Tigers pushed the contest to overtime.  The aforementioned Hansen hit a game winning lay-up with 0.01 time left on the clock clinching the victory.

The loss drops Dawn Staley’s Gamecocks to 12-1 on the season. They are still heavy favorites to win the SEC, and challenge for a National Title. The night, the game, and the moment belong to Missouri though.  As they wrote a new page in their record books, winning their first game against a number one ranked team in program history.