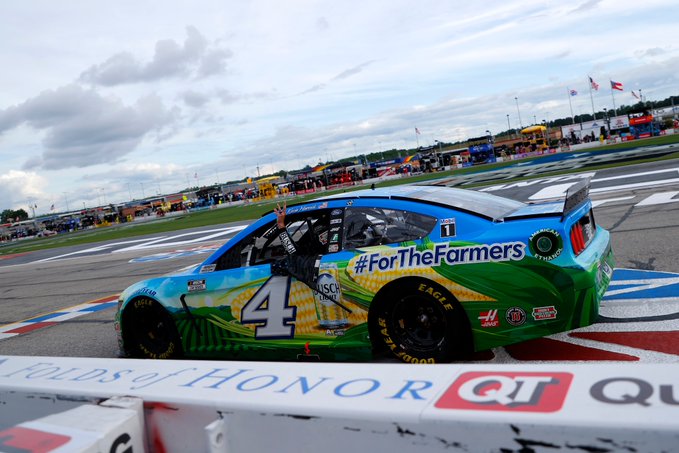 Returning to a regular weekly schedule, NASCAR sill running without fans in the stands held the Folds of Honor Quik Trip 500 on a hot and humid day in Atlanta. It was a day rule by Kevin Harvick, who was honoring America’s farmers with a car painted with a corn cob won his 51st career race and the second since NACAR’s restart. Before the race, Bubba Wallace honored George Floyd, after the race Wallace suffering heat exhaustion collapsed. He was later treated and released from the infield care hospital.