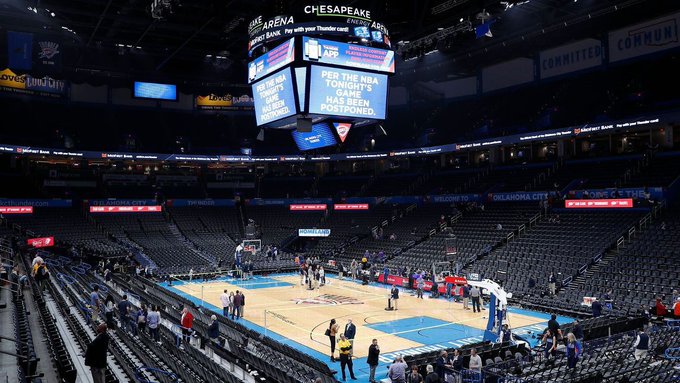 The sports world is crashing to a halt as the hysteria surrounding the coronavirus it a fever pitch on Wednesday. First, the NCAA announced that the Men’s and Women’s Basketball tournaments would be played without fans, in an effort to prevent the spread of the highly contagious disease. Things, however, changed as the situation continued to evolve with Rudy Gobert testing positive for the disease. As his Jazz teammates were quarantined in the Oklahoma City arena, where they were  to face the OKC Thunder on Wednesday night, the NBA decided to suspend the season. Gobert who mocked the virus on Monday had been in several arenas where conference tournaments are taking place, which could lead to the outright cancelation of the NCAA Tournament. The NHL and MLB could be facing similar decisions as some experts predict life may not resume for six months.