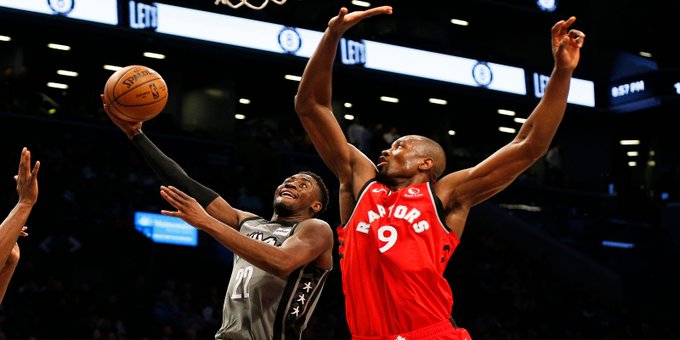 The defending NBA Champion Toronto Raptors have been just as good as they were last season despite the loss of Kawhi Leonard. Coming into Wednesday Night game, they were among three teams with 40 wins ahead of the All-Star Break. Toronto also had with them a 15-game winning streak the longest in the NBA this season. That all came to an end in Brooklyn, as Kyle Lowry commented following the game they delivered a “zombie-like performance” and were defeated by the Brooklyn Nets 101-91 at the Barclays Center. It was a night of balance for Brooklyn as Caris Lavert, Joe Harris, and Spencer Dinwiddie all had strong performances. With the win, the Nets go into the All-Star Break as the seventh seed with a 25-28 record, while the Raptors are second in the East with a record of 40-15.