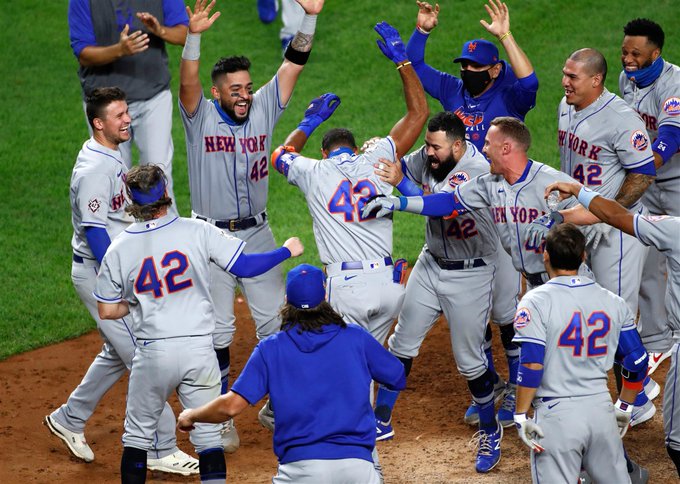 The New York Mets returned to action after a protest on Thursday and saw a potential turning point for their season as they swept a subway series doubleheader against the New York Yankees. The doubleheader was needed after their series last week was postponed. Each win saw the Mets rally, something they had not done all season. In the opener, the Mets were down 4-0 early and won 6-4 with three home runs in the sixth inning oh a seven-inning game, including a game-tying three-run shot by Pete Alonso. Dom Smith followed with a go-ahead shot as Jake Marisnick provided insurance. The Mets were the designated home team in the Bronx in the nightcap and had a walk-off two-run home run by Amed Rosario to beat Aroldis Champman and the Yankees 4-3. It is the first time the Mets swept the Yankees in a doubleheader.