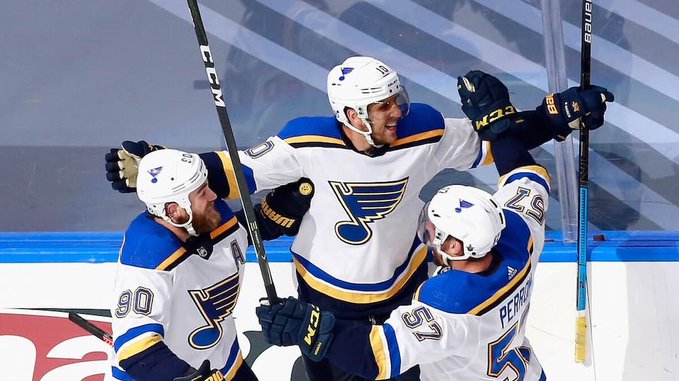 The defending Stanley Cup champion St. Louis Blues faced the possibility of a 3-0 hole as they faced the Vancouver Canucks on Sunday night. Looking for a spark, Craig Berube benched the struggling goalie Jordan Bingington as Vladimir Taransenko was unfit to play. With Brian Elliott in net, the Blues fell behind in the second period, as the Canucks continued to dictate the pace. St.. Louis rallied and took a brief lead as the game went into the third period tied 2-2. The game would go to overtime, where Brayden Schenn got the break the Blues needed scoring on a breakaway to win the game 3-2 and get the champs back in the series.