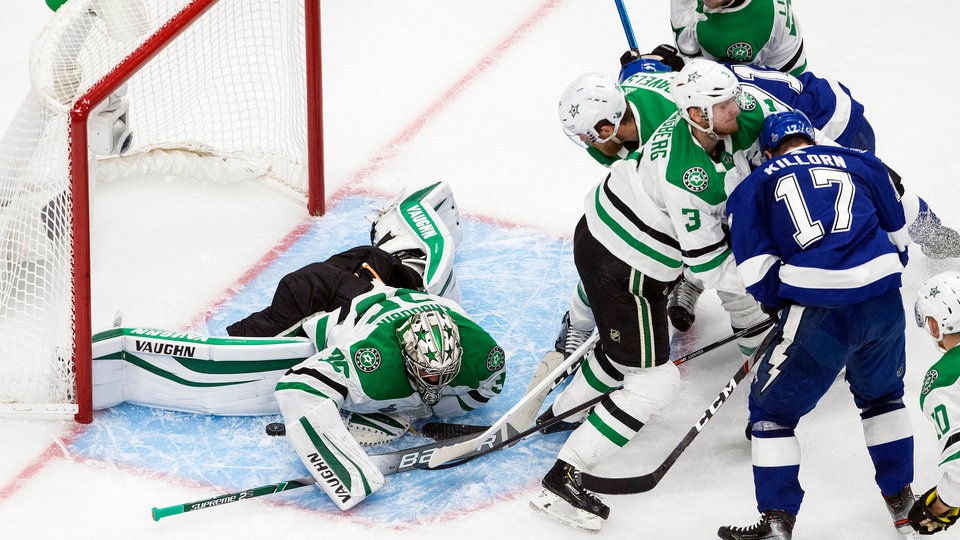 Anton Khudobin has played in the NHL for a decade, mostly spent sitting and watching as a backup goaltender. Coming into this postseason, he had made just two playoff appearances, both in relief. That was to be his role again with the Dallas Stars before Ben Bishop was injured. Through the early rounds, the Stars were carried by their offense as they extinguished the Calgary Flames and dug out from the Colorado Avalanche. In the Western Conference Finals, it was the play of Anton Khudobin that made the difference as the Stars’ goalie frustrated the Vegas Golden Knights time and again. Now in the Stanley Cup Final, Khudobin is continuing to stand tall. In Game 1, on Saturday night, the Stars’ goalie made 34 saves as they beat the Tampa Bay Lightning 4-1.