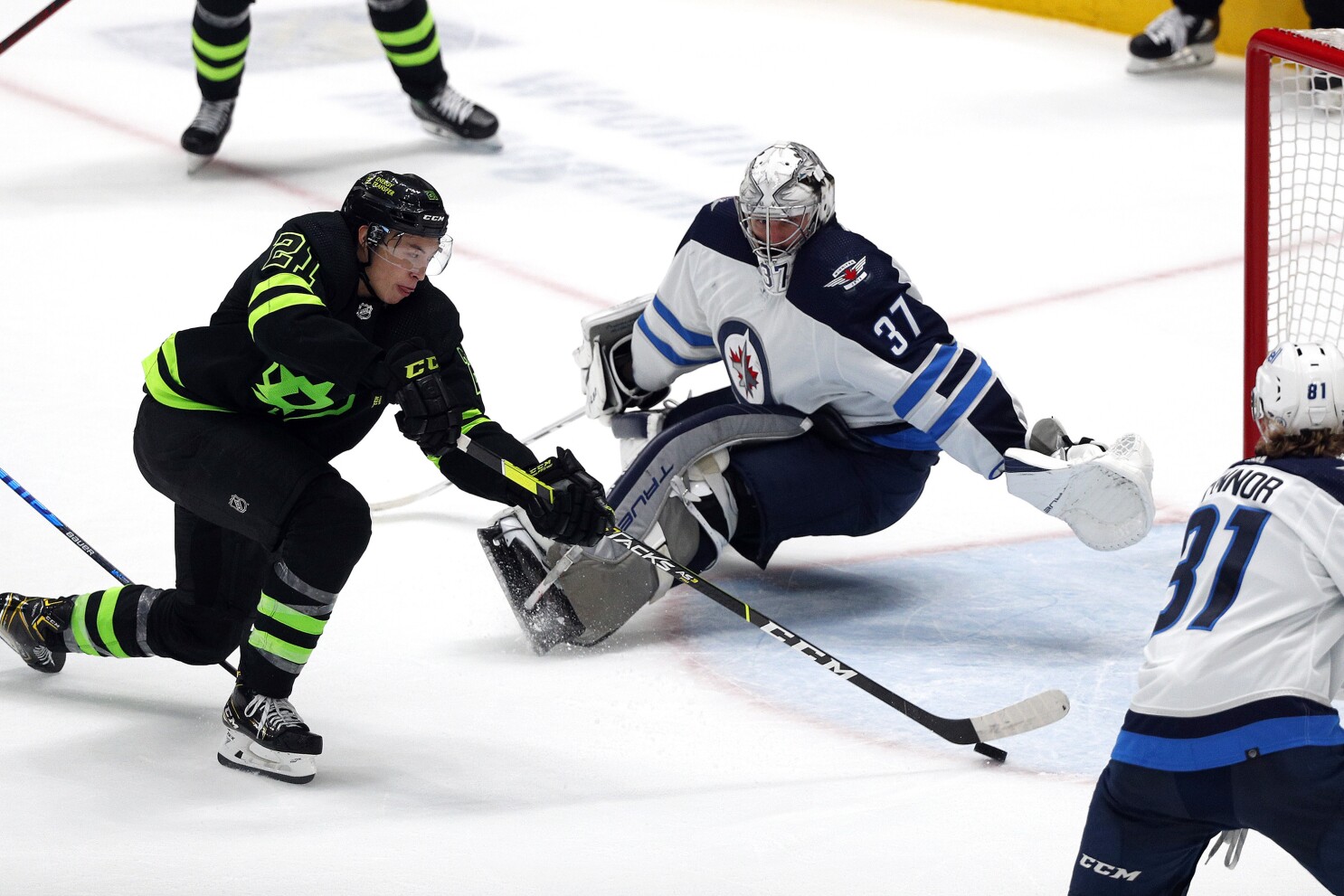 In a Central division battle, two teams fought to gain ground in the playoff race.  After a scoreless first period, the Jets and Stars went to Overtime,  where Dallas won the game 4-3.

In his second year,  Jason Robertson’s ability to put the puck in the back of the net continued as he lit the lamp in the extra period to seal the victory for the home team.  Tyler Seguin and Jamie Benn also chipped in with a goal for the Stars.

Mark Scheifele scored to push the game into Overtime with 31 seconds left in the third period, but it wasn’t enough for the Jets. Winnipeg has now lost 8 of their last 10 games.  They will go again on Saturday to try and get over the hump and close a game, as they head to Nashville.

The Stars hope the win is a sign of something to uplift their season, they will host Colorado on Sunday.