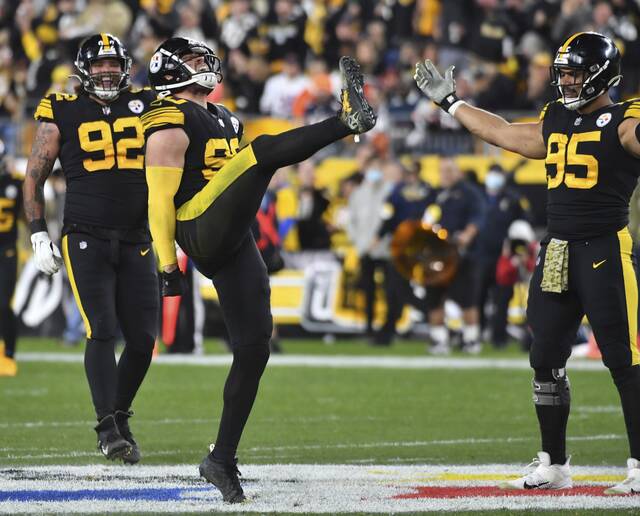 On Monday Night Football, the Steeler’s scraped by against the scrappy Bears.  In an overall sloppy game that was overshadowed by poor officiating, the Bears clawed back at Heinz Field, and took the lead 27-26 late in the 4th quarter.

Rookie quarterback Justin Fields did all that he could to give the NFC North team an opportunity to bring home the victory. While missing an extra point, Pittsburgh kicker Chris Boswell was 3-for-3 for field goal attempts, and sealed the 29-27 win.

The Steelers now move to 5-3, one game out of the AFC North, and have given themselves a puncher’s chance at challenging the Ravens for the division title.