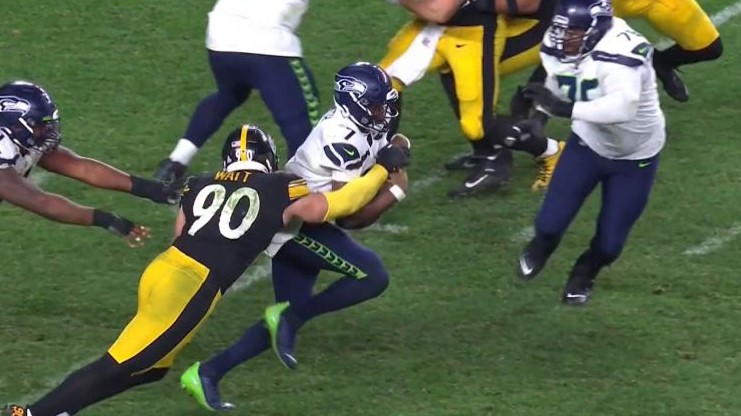 After beating the Buffalo Bills in week 1, the Steelers season has sputtered.  Both Seattle and Pittsburgh have been hobbled by injuries during the first quarter of the season.  The Seahawks back-up quarterback, Geno Smith was forced into action Sunday night due to starting QB Russell Wilson requiring surgery on a his right middle finger.  The play of the night came in overtime, with Pro-Bowl defender T.J. Watt forcing a strip-sack on the aforementioned Smith turning the ball over to Pittsburgh.  Just two players later, Steelers kicker Chris Boswell knocked in a 37 yard field goal to seal the victory.