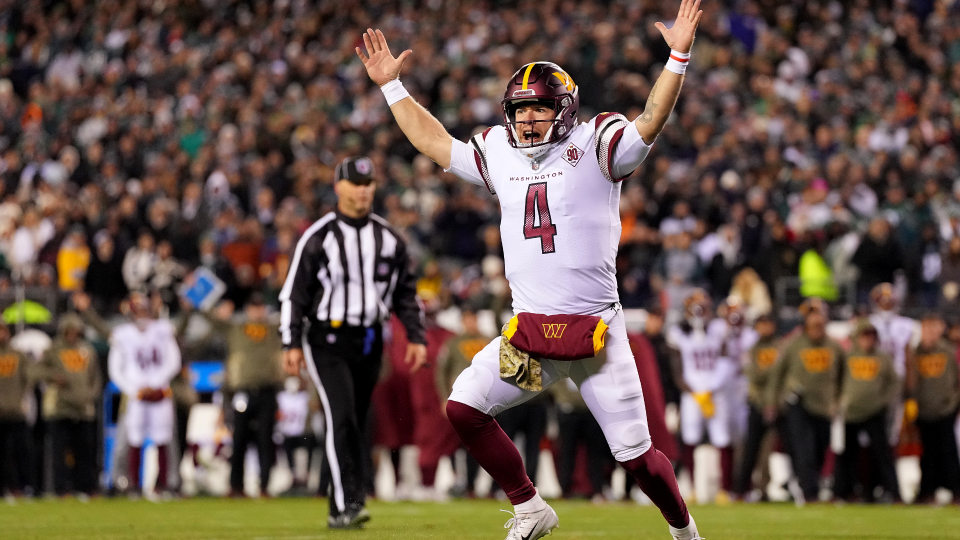 Monday Night Football saw an NFC East matchup take place at Lincoln Financial Field. Home of the undefeated Philadelphia Eagles…Well, that changed last night, as the Commanders, against all odds delivered Philly their first loss of the season by a score of 32-21.

In a game that saw the Eagles seemingly never be able to get a grasp of. Taylor Heinicke led the Commanders, distributing the ball evenly amongst the Commanders underrated offensive threats in Terry McLaurin, Curtis Samuel, and Brian Robinson Jr. On the other side of the ball, the Eagles uncharacteristically had 4 turnovers in the game, a number that proved to be too insurmountable to overcome.

The win moves Washington back to .500, and at 5-5-they’d be in the playoffs if the season ended today. While there is still quite a bit of time left in the year, the NFC East is proving to be one of the best, if not the best divisions in the league.