Tatum At The Buzzer 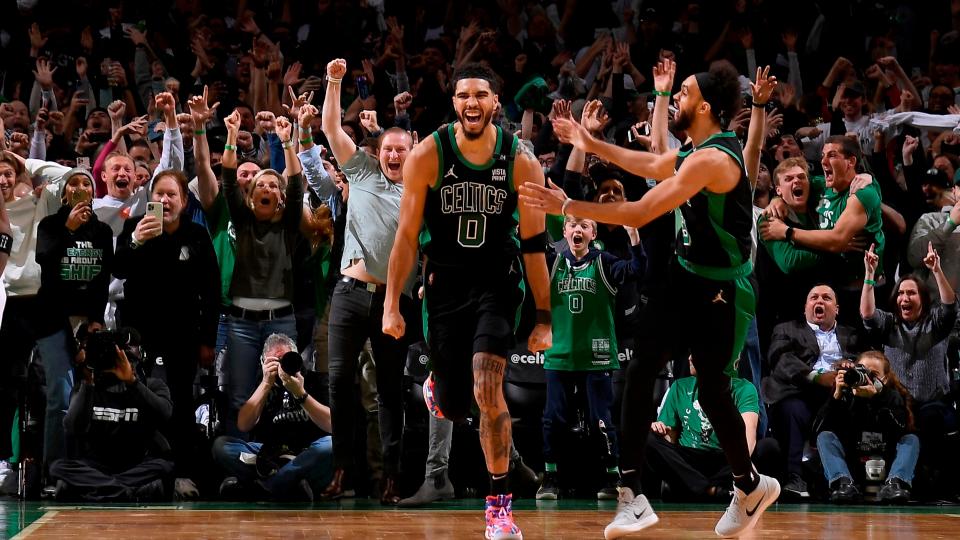 In a most anticipated Eastern Conference series between the 2 seed Boston Celtics and the 7 seed Brooklyn Nets, All-Star Jayson Tatum hit a spinning layup at the buzzer to grab game 1 from the claws of the away team.

Contributing 31 points for the favorite in the series, Tatum just released the shot as the horn sounded, ending the game 115-114.  The Nets looked up for the challenge, as Kevin Durant added 23 points on a subpar shooting night.  Former Celtic, Kyrie Irving had 39 points, and caused a stir as he and some of the Boston fans got into a back and forth.

The Celtic fans will most likely double down on Irving now going into game 2.  In what was a highly contested game 1, things between Boston and Brooklyn have all the makings of what could be a 7 game series.