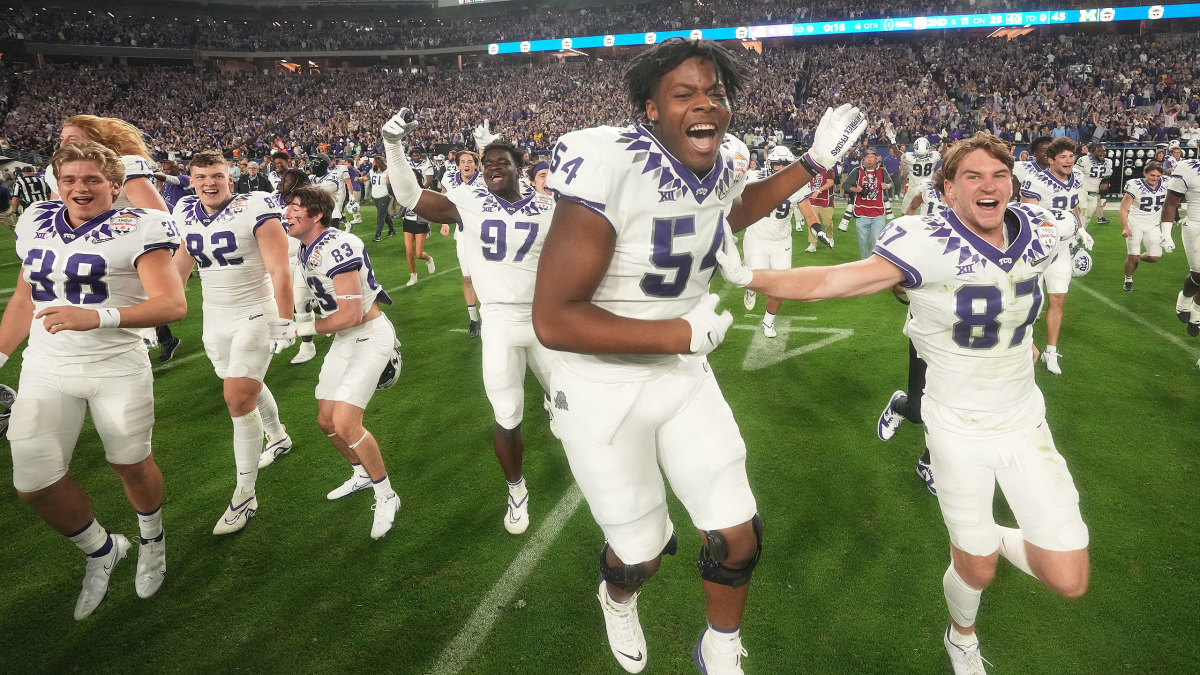 After losing the Big 12 Championship, TCU’s future within the College Football Playoff was in jeopardy. But the questions no longer remain, but the pre-season unranked team from Texas, as they upset the undefeated Michigan Wolverines, 51-45.

Michigan lacked urgency in the game, committing many self-inflicted mistakes, and the Horned Frogs made them pay, jumping out to a 21-3 2nd quarter lead. However, the Wolverines fought back behind quarterback J.J. McCarthy as he threw for two TD’s in the 2nd half.

It wasn’t enough to overcome the early deficit though. Max Duggan connected with Quentin Johnston for a 76 yard TD in the 4th quarter sucking the momentum back to TCU’s side. It’s the second consecutive season Michigan has not broke through to the Final game. In what has been another excellent season for Jim Harbaugh’s squad, getting over the last hurdle has proved to be the hardest part.

It’ll be the first time TCU features in the title game since 1938, as they will now face-off with the defending champion, Georgia Bulldogs at SoFi Stadium.