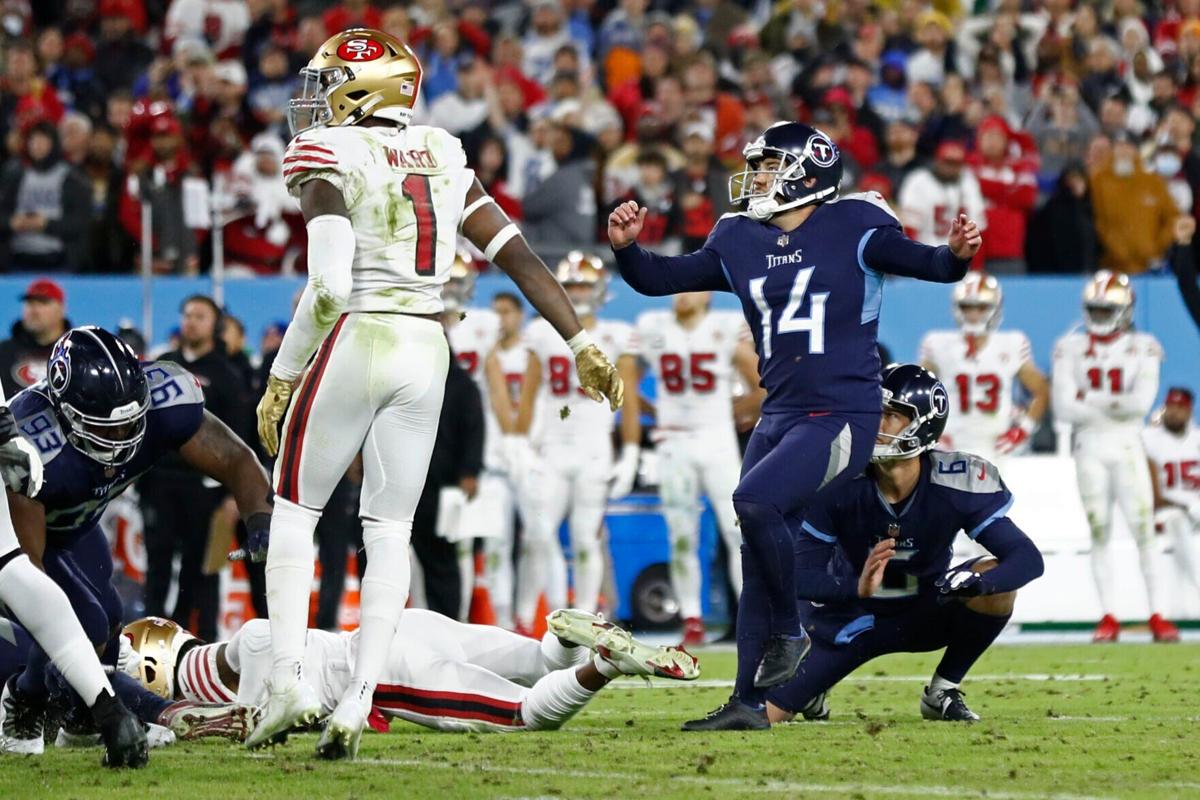 On Thursday Night football, two teams met up in the Volunteer State with playoff aspirations. The 49ers were riding high, having won two-straight, hot on the heels of divisional foes, the Cardinals and Rams. The Titans were coming off a loss, but remained in 1st place in the AFC South.

San Francisco managed to take an early lead of 10-0 going into the half, despite quarterback Jimmy Garoppollo throwing an interception in the red zone. The Titans battled back, as they have all season. Scoring 10 unanswered points in the 3rd quarter, wide receiver A.J. Brown appeared in first game since week 11, and posted a career high 11 catches, paired with a touchdown.

The game came down to Tennessee’s kicker Randy Bullock’s 44-yard field goal attempt with 4 seconds left. Bullock’s reliable right foot came through, sealing the 20-17 victory. If the Colts lose on Christmas to the Cardinals, the Titans will clinch their 2nd straight AFC South division title.

Meanwhile, for the 49ers, they fall to 8-7. Their season is still alive, but they’ll need some luck as they trudge on in hopes of nabbing a Wild Card spot.