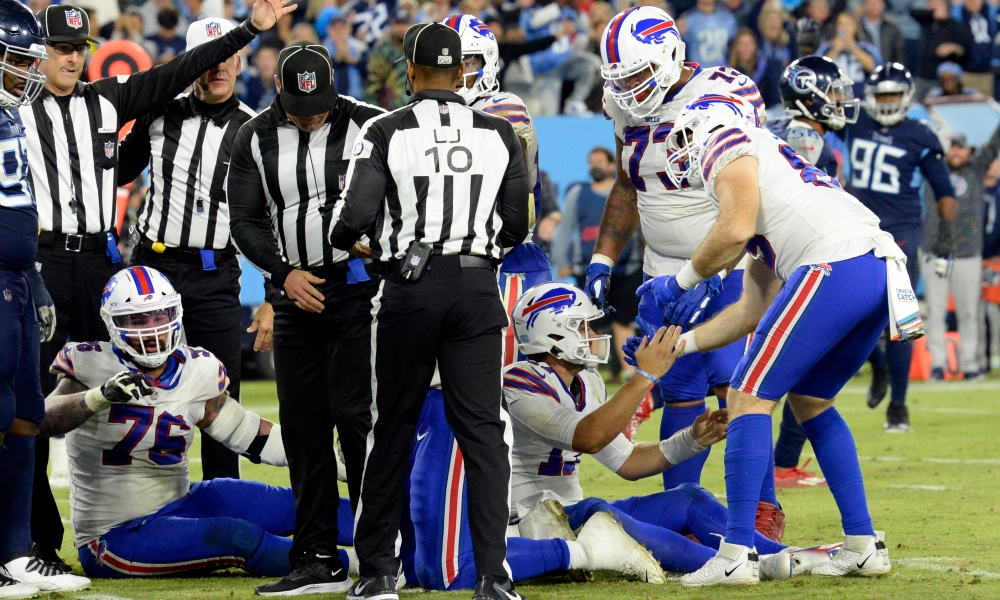 In a zany Monday Night Football match up, the Tennessee Titans improve their record to 4-2, and take a two-game division lead within the AFC South.  After 21 years of the Music City Miracle haunting the Buffalo Bills, the Titans attempted another lateral pass on special teams in the 1st quarter, but this time it was called back.

It wouldn’t be the last nutty play on the night.  Titans’ receiver Julio Jones caught a pass off of Safety Micah Hyde’s helmet.  Bills’ quarterback Josh Allen had a 2-point conversion reception. Buffalo return man Isaiah McKenzie had a kick-off touchdown called back due to holding.

The play of the night came when The Bills went for it on 4th down from the Titan’s 3 yard line.  Josh Allen attempted a QB sneak and lost his footing.  Tennessee’s defensive linemen gained penetration, and thwarted the all-pro quarterback.  With the loss, the Bills fall to 4-2.  Both AFC teams look like contenders for the Chiefs to deal with this postseason.