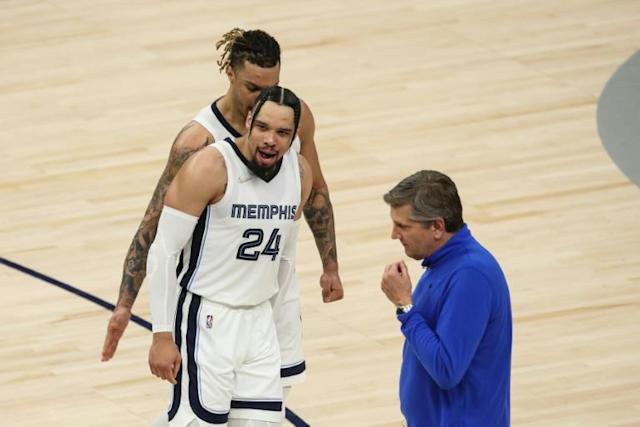 On Thursday night at the Target Center, the Memphis Grizzlies erased a 26 point lead to win Game 3 in their series vs. the Timberwolves, 104-95.

Minnesota had the game in their hands through three quarters, but when it came to winning time Memphis delivered body blow after body blow.  Minnesota native, Tyus Jones provided a spark off the bench hitting two huge three pointers for the away team, one which was the basket that took the lead at 86-85 for Memphis.

Karl-Anthony Towns struggles continue as he can’t seem to shake foul trouble and inconsistent play.  He and his wolves will get another crack at it on Saturday night at 10pm eastern time.