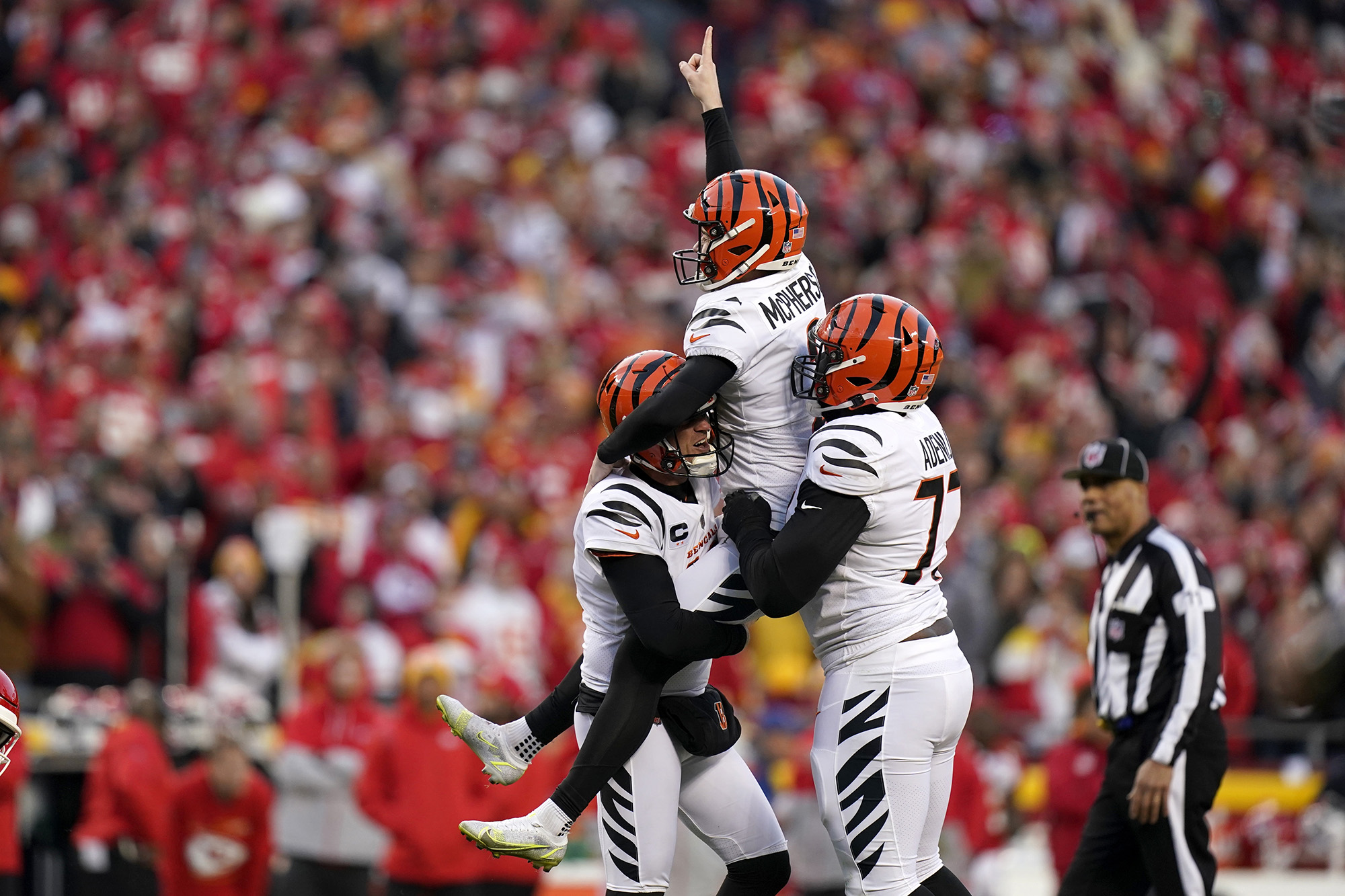 The NFL playoffs have been nothing short of amazing this season, and Championship Sunday was no different.  The Kansas City Chiefs hosted the AFC Championship game for the 4th straight season.  The visitors were the touchdown underdog Cincinnati Bengals.

Cincinnati was coming off an away victory in Tennessee, and looked poised to upset the 2 seed Chiefs again.  However, it was the home team who had written a different script in the first half.  K.C. was dominate in the first two quarters going up 21-3 behind 3 touchdown passes from QB Patrick Mahomes.

At the end of the first half the Chiefs went for it on 4th down near the goalline and were stifled, instead of kicking a field goal to potentially go up 24-3.  This play would prove costly, and the Bengals engineered an 18 point 2nd half comeback behind former overall number 1 pick Joe Burrow.

The Bengals scored 11 unanswered points in the 3rd quarter, and never looked back.  Cincinnati’s defense stepped up to the plate forcing Mahomes into two interceptions, and fumble.  Harrison Butker was able to secure Kansas City’s only 3 points of the 2nd half to push the game into Overtime.

After winning another coin toss in Overtime, Cincinnati’s defense forced the Chiefs into a turnover as Vonn Bell picked off Mahomes.  The AFC North team never looked back, and rookie kicker Evan McPherson nailed a 31 yard field goal to seal the victory.

The Bengals will appear in the Super Bowl for the first time since the 1988-1989 season.  They will play visitor to the Los Angeles Rams, who will host the Super Bowl on February 13th.