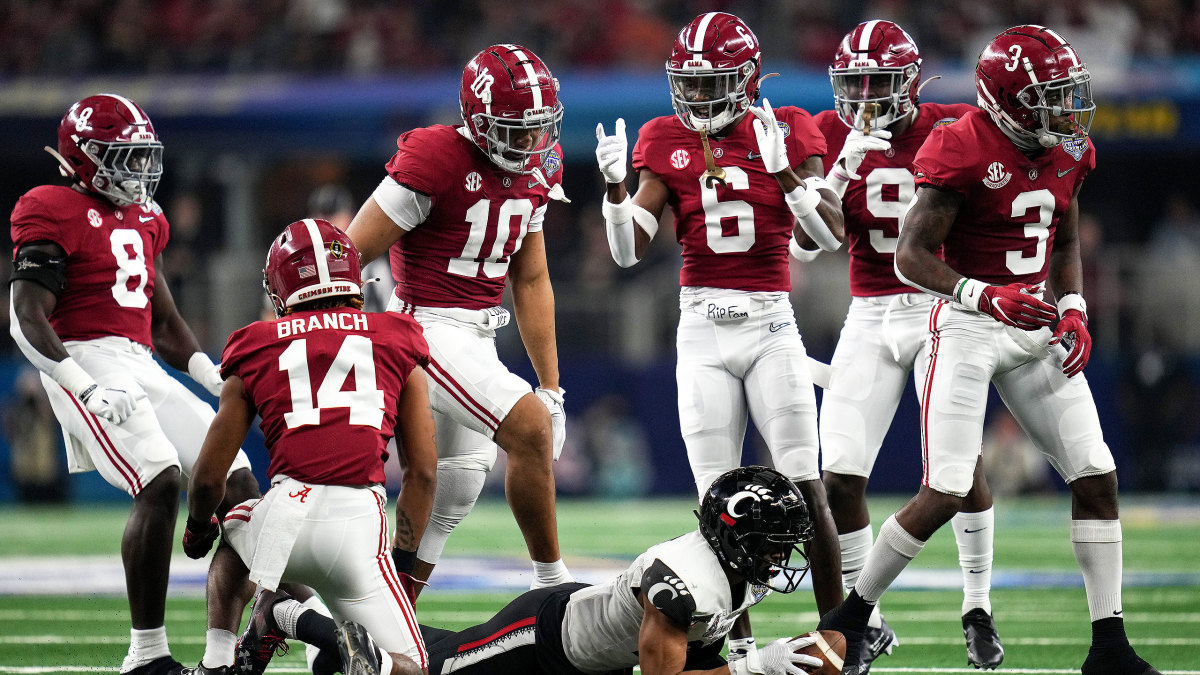 In a non-contest, number 1 Alabama ran all over the number 4 Cincinnati Bearcats on New Years Eve. The final score of 27-6 doesn’t fully indicate the dominance that Nick Saban’s ball club had in the game.

Saban’s squad opened the contest with 10 consecutive running plays, setting the tone for their dominance upfront on both sides of the ball. The Bearcats had a great season, but were shut out of the endzone only putting up two field goals on the board.

Brian Robinson Jr. rushed for 204 yards, and Heisman QB, Bryce Young threw for 3 TD’s. In another example of why Alabama is the consummate college football program. They now head into the Championship game, to face a familiar opponent. The Georgia Bulldogs, a team they recently beat in the SEC Championship game.