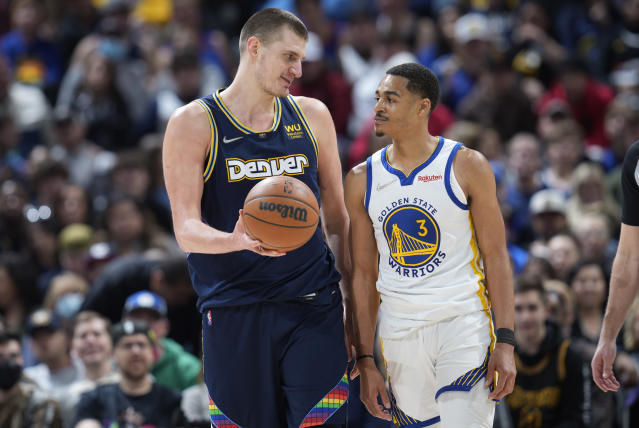 Monday night saw the Nuggets travel to the Chase Center after Nikola Jokic’s 46 point night.  Not only did Jokic post a big number on the score sheet Sunday, he had 30 points in the 4th quarter.

Following up his Sunday excursion, the reigning MVP had a triple double in a 131-124 win against the Warriors.  It’s the Nuggets third straight win, and Golden State’s fifth straight loss.  The team from the Golden Gate City has struggled as of late, and without Draymond Green, their projected playoff push looks bleak.

Denver is hopeful that guard Jamal Murray will be available before the playoffs.  With Jokic’s form, and the return of Murray, the Nuggets will assume they can beat anyone in the league.