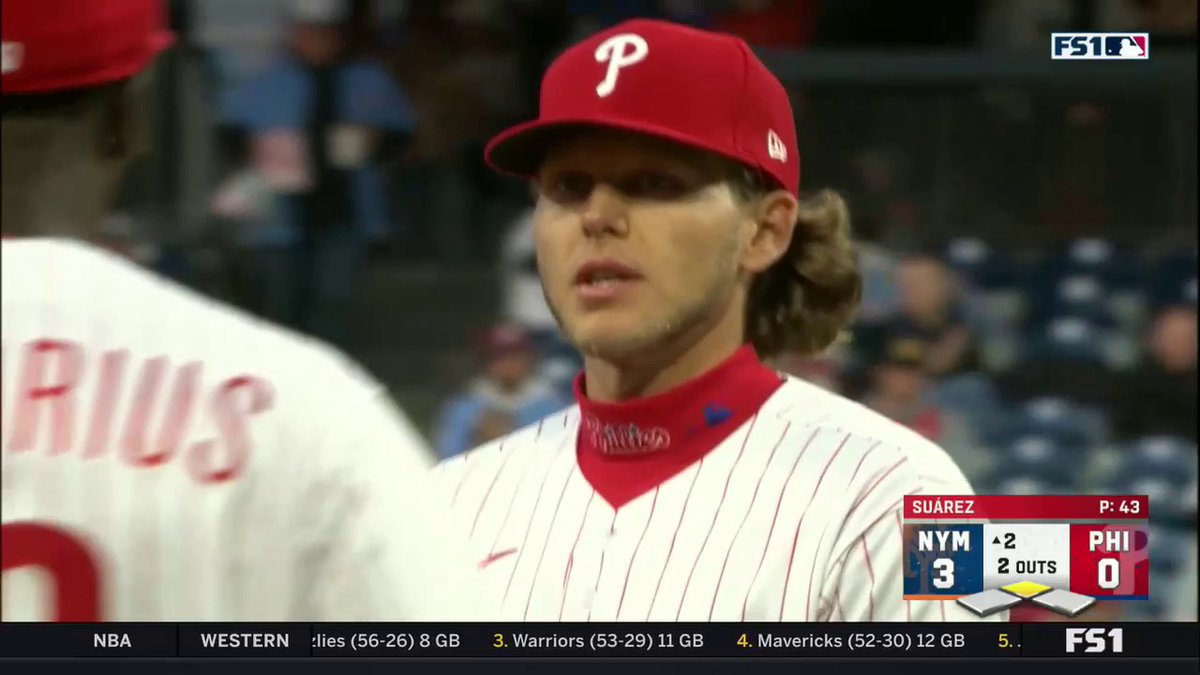 On Monday night the Philadelphia Phillies welcomed division rival the New York Mets to town.  It was a night to remember for third baseman Alex Bohm who had three errors in the game.  Moreover, he was seen mumbling an expletive to himself after his poor fielding play.

The Mets lead the game 4 nothing going into the 8th inning.  Bohm made up for his defensive issues by reaching base in the 8th inning via walk, and eventually scoring Philadelphia’s first run that sparked a comeback, and an eventual 5-4 victory for the home team.

Alec Bohm is not the first Philly athlete to experience highs and lows.  The win takes the Phillies to an early 3-1 positive start to the season.  The Mets are now 3-2, both teams will take the field again on Tuesday at 6:45pm ET.