The Quest is On 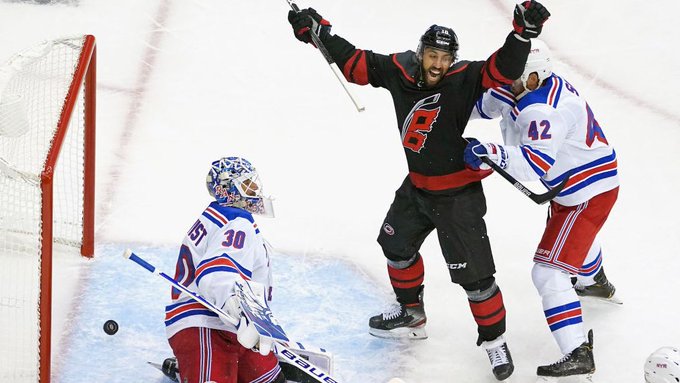 The quest for the Stanley Cup is on as the NHL season resumed after a four-month pause due to the COVID pandemic. The playoff field was expanded to 24 teams as an additional qualifying round began on Saturday in the hub cities of Toronto and Edmonton. In the first game, the Carolina Hurricanes got an early jump and beat the New York Rangers 3-2, while the home ice was not ice, as the Chicago Blackhawks drilled the Edmonton Oilers 6-4. The New York Islanders edged the Florida Panthers 2-1, while the Montreal Canadiens stunned the Pittsburgh Penguins 3-2 in overtime on a goal by Jeff Petry in the best game of the day. The final game saw Mark Scheifele suffer an injury on a hit by Matthew Tkachuk as the Calgary Flames added insult to injury with a 4-1 win.