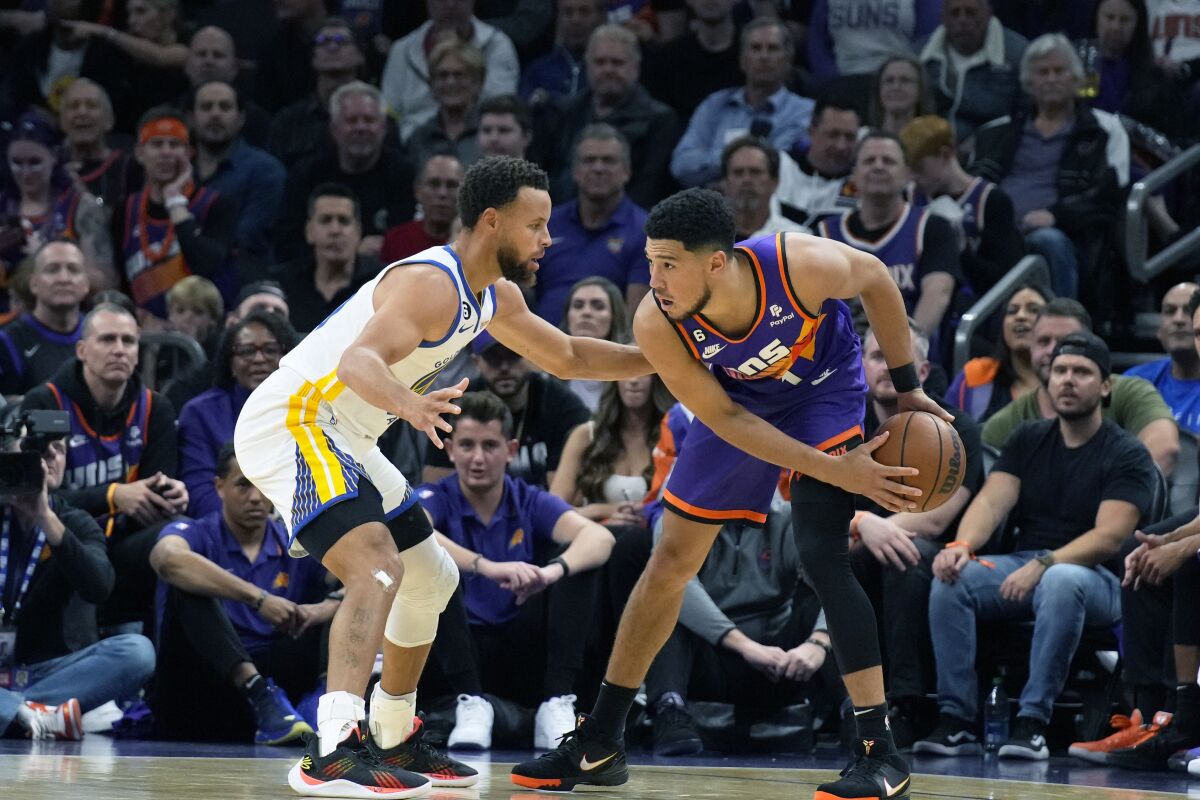 On Wednesday night, two Western Conference foes that will surely duke it out for the top seed in the west squared off at Footprint Center. In what was a hotly contested game for the regular season, the Suns won, 134-105. Australian newcomer, Jock Landale added 17 points off the bench for Phoenix on his 27th birthday, and All-Star forward, Devin Booker poured in 34 points for the home team.

Booker was also seen scuffling with Warriors forward, Klay Thompson, a verbal spat that continued until Thompson was ejected. There is surely no love lost between these two Pacific Division rivals. They will meet three more times during the regular season, a four game series that will undoubtedly have implications on the postseason.