The Tides Roll Over Georgia 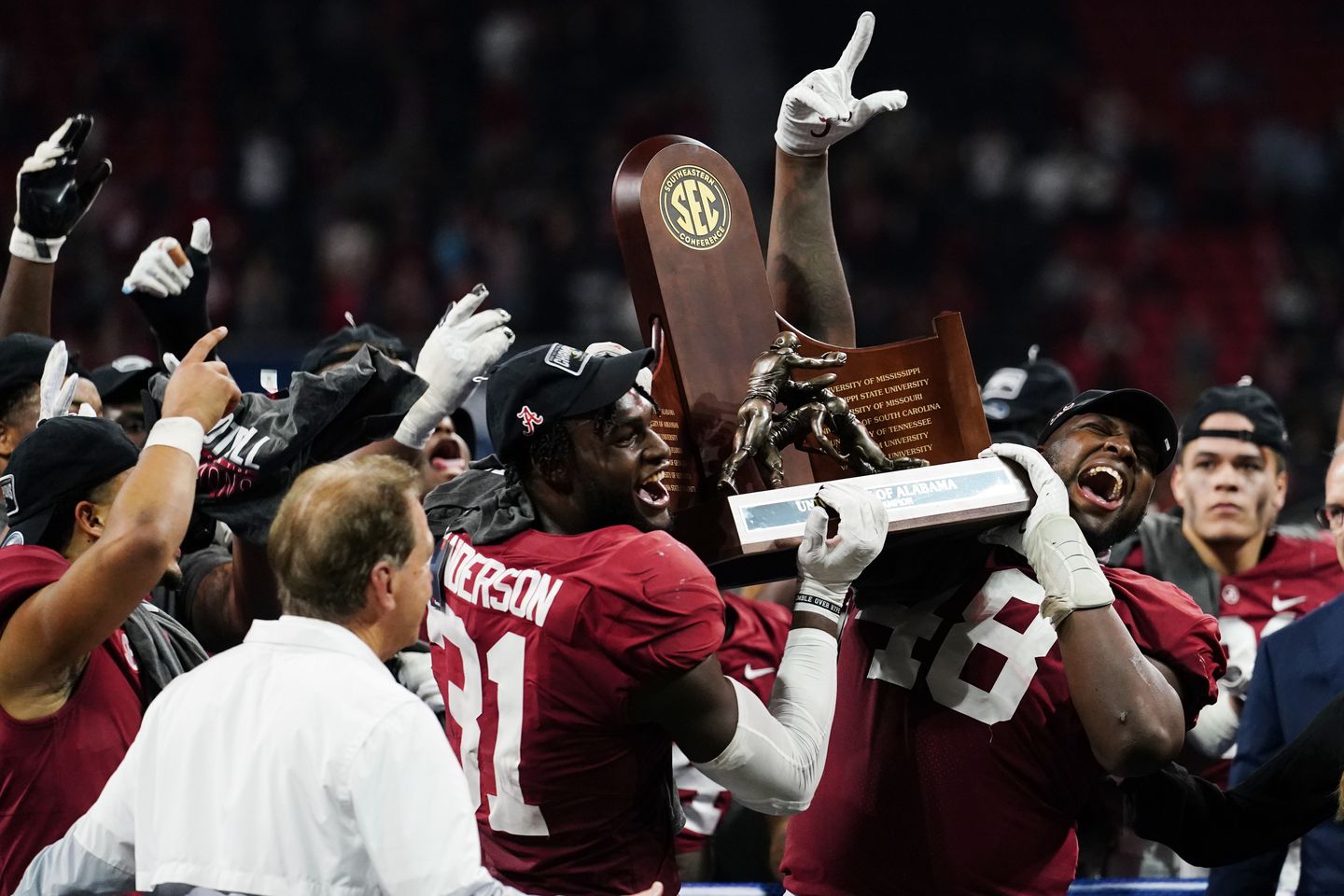 At 12-0 the undefeated Georgia Bulldogs came into the SEC Championship game as favorites. Alabama had just squeaked out a win in verse rival Auburn, and it was unclear how they’d fair against the Dawgs.

It became evident early on that Alabama wasn’t going to backdown, or falter inside Mercedes-Benz Stadium. The story of the game was Alabama’s front line on offense and defense. The big boys up front pressured Georgia quarterback Stetson Bennett into 2 interceptions, and paved the way for Alabama quarterback Bryce Young into a zero turnover night, throwing for 3 touchdowns.

The 41-24 victory is Alabama’s 7th SEC Championship in the last 10 years.  The College Football Playoff final seeding will be announced later today.  The Crimson Tide’s triumph should see them climb from 3 to 1.  The bigger question is if Georgia will now fall out of the playoff picture altogether?