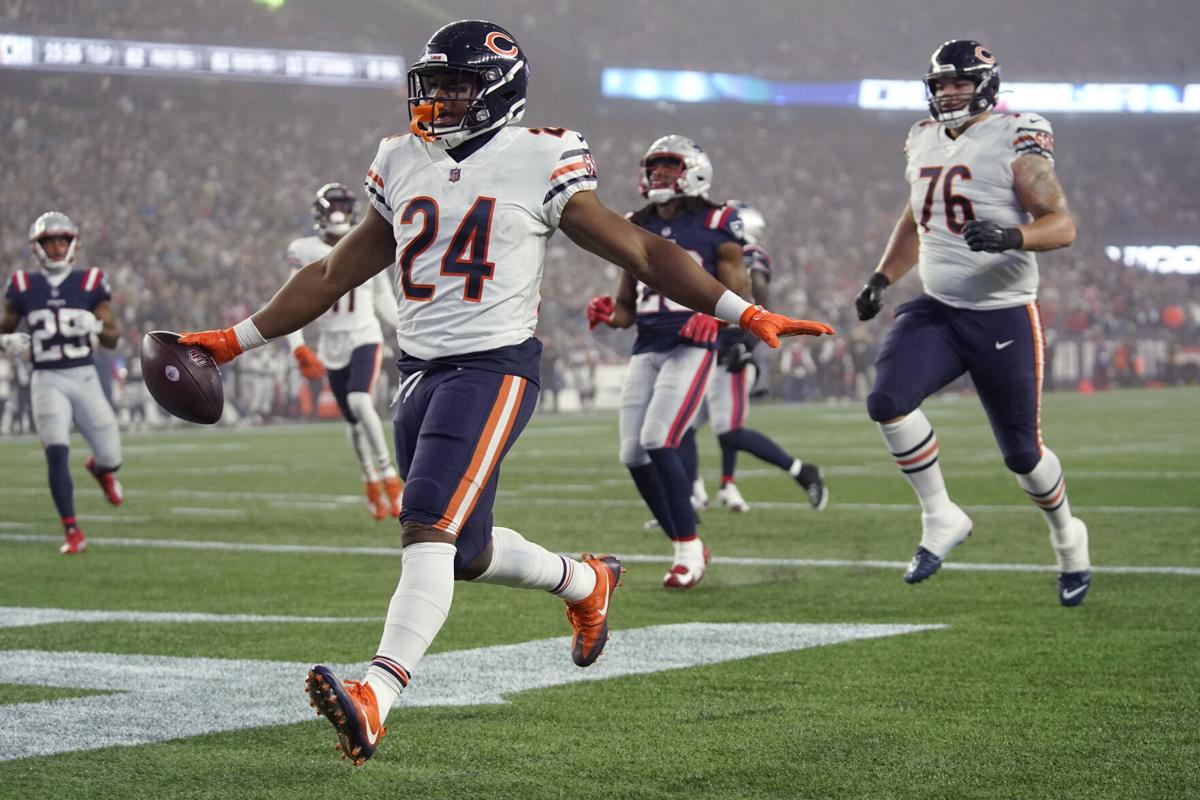 On Monday Night Football, the Chicago Bears travelled to Gillette Stadium to take on the upstart New England Patriots. In a game with the theme of the number 3, the Bears broke their 3  game losing streak, and stopped the Patriots from winning their 3rd game in a row, by a score of 33-14.

Chicago road their defense, who collectively gathered 4 turnovers, 3 via interception, and 1 via fumble. New England was bougied by back-up quarterback, Bailey Zappe’s entrance relieving starter Mac Jones, as Zappe threw for an early touchdown, but ended up throwing 2 of the aforementioned interceptions.

The Bears and Pats are both now 3-4, one team may have caught lightning in a bottle and has a trajectory pointing up, the other in the Patriots seems to have lost any mojo they may’ve had as they currently sit in last place within the AFC East.