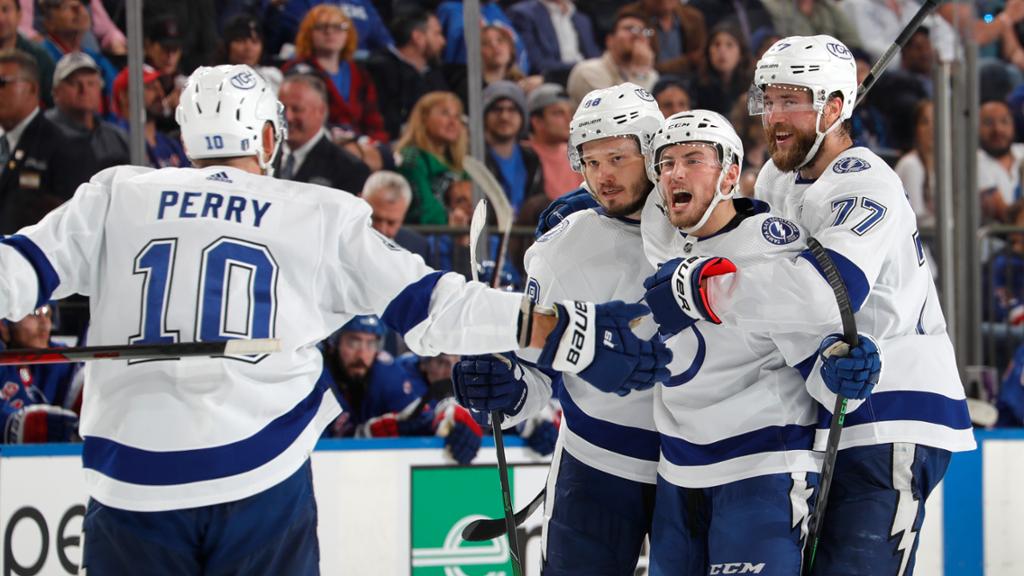 On Thursday night the Tampa Bay Lightning officially took control of the Eastern Conference Final.  In a game that had the theme of three throughout it; the third straight loss for the Rangers, the third straight win for the Lightning, and the biggest of all…Tampa is now one win away from making their third straight Stanley Cup.

A low scoring affair, the game was tied 1-1 until late in the third period.  The Garden crowd grew ominous, and for good reason as Ondrej Palat scored with less then two minutes on the clock icing the Rangers, and likely winning the Eastern Conference.

The series is now 3-2 heading back to Tampa for an elimination game.  The Rangers have been in this position before, but never against the two-time defending Stanley Cup Champions.  Their intestinal fortitude will be pushed to the max on Saturday night.