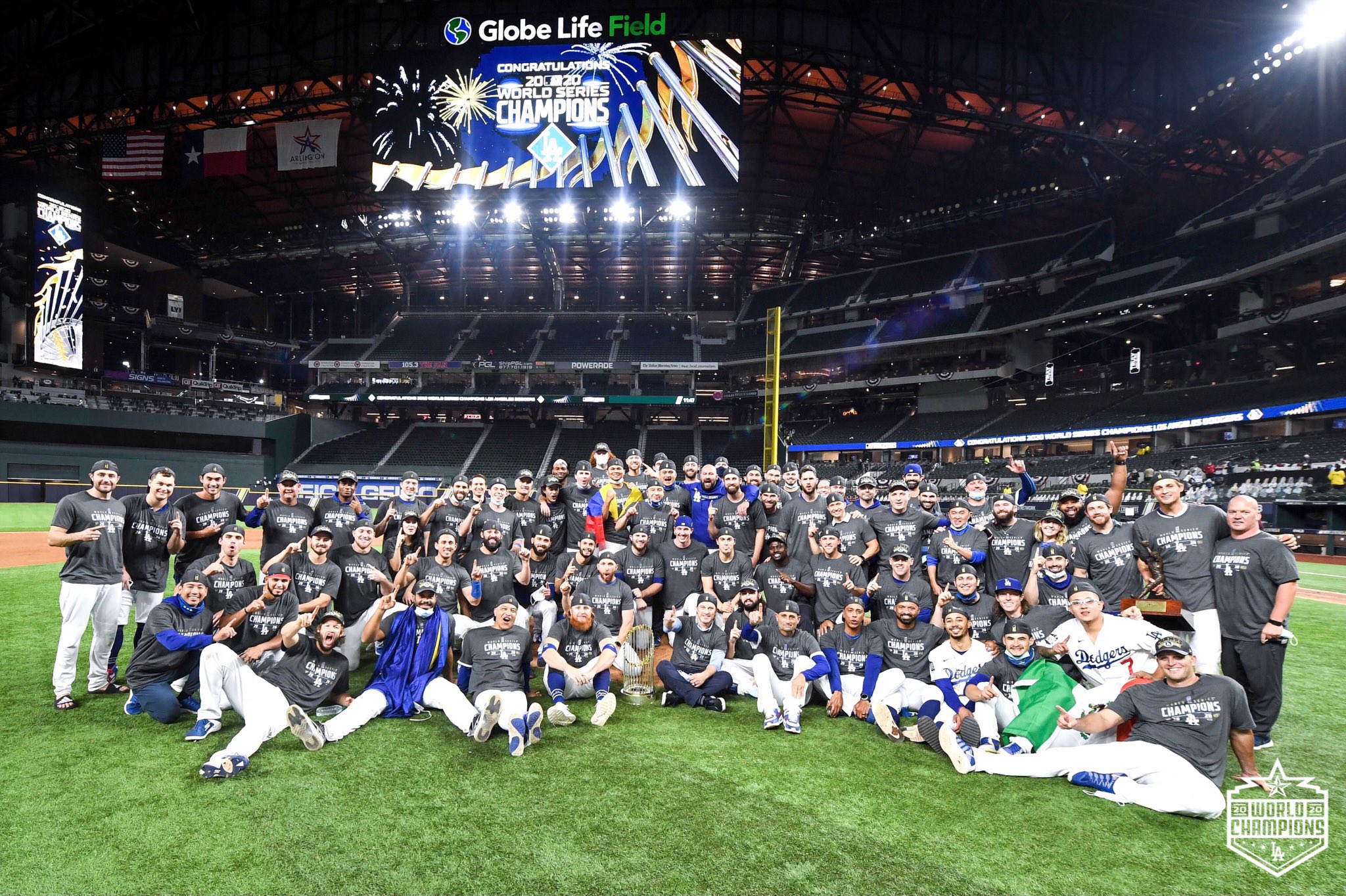 For the first time since 1988, the Los Angeles Dodgers are the World Series Champions. The Dodgers won the COVID World Series in Arlington in six games, taking the finale 3-1.  The Rays seeking to force a seventh game were getting a dominant start from Blake Snell. However, using the formula, manager Kevin Cash went to the bullpen in the sixth, with one out after a base hit. The Dodgers did not take long to cash in as Mookie Betts laced a double down the line. He would later score the go-ahead run. Betts later added a home run as the Rays bats went down quietly. Corey Seager was named World Series MVP. The Dodgers World Series win saves MLB from a potential headache, as Justin Turner tested positive for COVID during the game, meaning there would have likely been a delay before Game 7 was played.