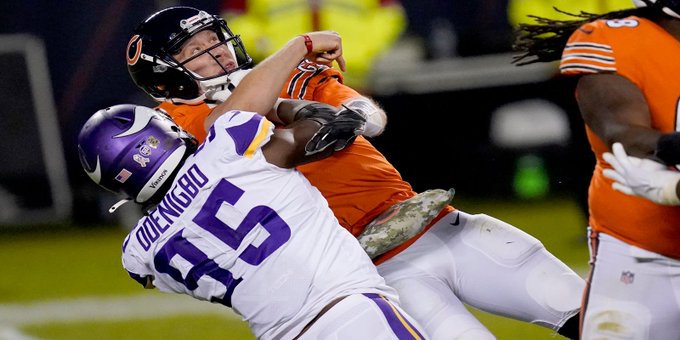 The Chicago Bears, who pulled games out of the fire on the way to a 5-1 start, are now 5-5 after a fourth consecutive loss on Monday night. The Bears were defeated 19-13 by the Minnesota Vikings at Soldier. For Vikings’ quarterback Kirk Cousins it was the first Monday Night win following nine straight losses. Cousins passed for 292 yards with two touchdowns, including the go-ahead score in the fourth quarter to Adam Theilen. With the exception of a 104-yard kick return by Cordell Patterson, the Bears offense was non-existent in the second half. Adding injury to insult, Nick Foles was carted off at the end of the game as the Bears managed just 149 yards from scrimmage.