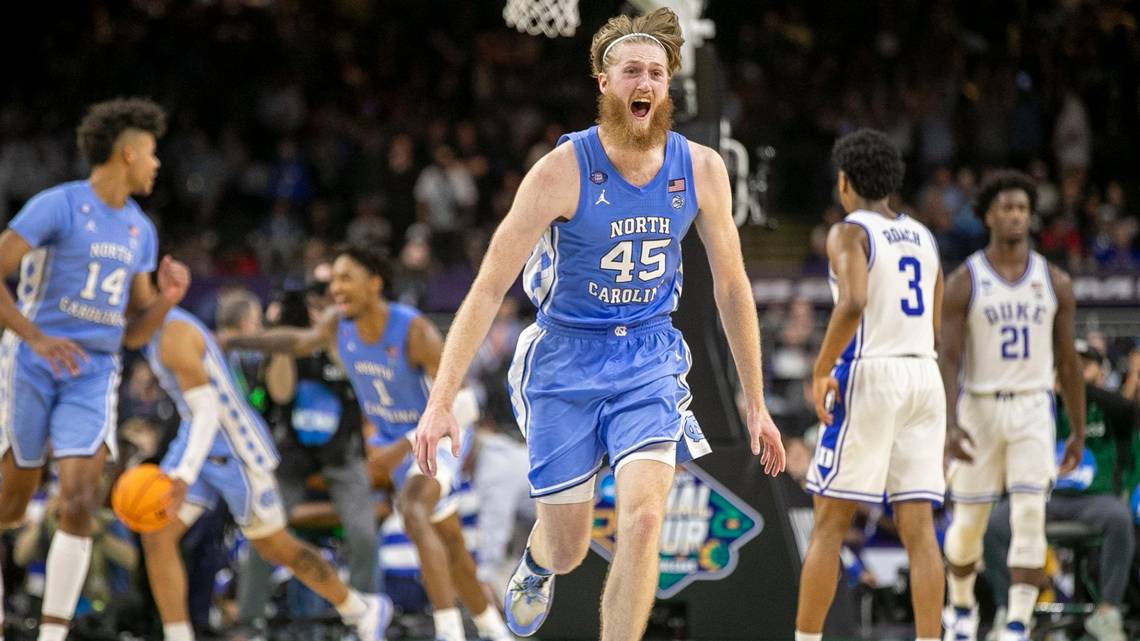 On Saturday night North Carolina and Duke clashed for the 258th time.  It was the first meeting in the NCAA tournament for the two teams separated just 11 miles apart, so why shouldn’t they face-off in the Final Four?

After beating Coach K’s last game at Cameron Indoor Arena, and reaching the National Semi-Final as an 8 seed, North Carolina’s season has already been a success.  Head Coach Hubert Davis, reached a new high on Saturday though, as the Tar Heels came from behind to beat the Blue Devils 81-77.

Led by Caleb Love who had 28 points, UNC’s well-rounded style of basketball proved too much to handle for Duke, who now begin their 1st chapter in the post Coach K era.

As for North Carolina, they’re back in the Championship game for the first time since winning it all in 2017 against Oregon.  The Tar Heels will take on the Kansas Jayhawks on Monday night.