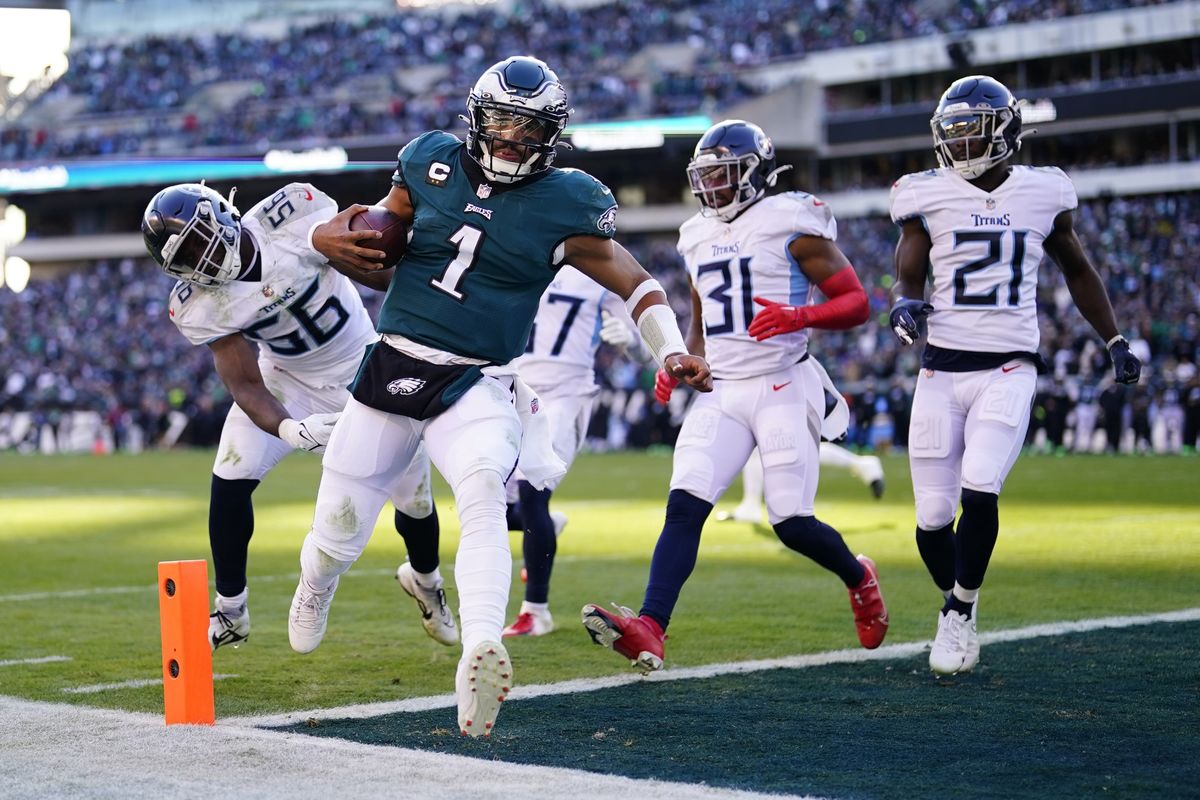 Week 13 brought a full slate of NFL action following Saturday’s College Football conference championships. In a week that saw season changing moments for teams, such as Jimmy G. breaking his ankle for the 49ers, or Lamar Jackson hurting his knee for the Ravens, the Eagles flew to 11-1 overall, as they beat the Titans 35-10.

The NFC East team is the only one loss club in the league, as they handily dominated the AFC South Titans. Jalen Hurts rushed for one TD, and threw for three more, including two to former Titan, A.J. Brown. Tennessee has now dropped two straight games, and they have struggled with injury, particularly at the quarterback position.

At 7-5 overall, they should still win the AFC South and host a playoff game. Next up Jacksonville will travel to Tennessee, which is surely a must win for the Nashville based franchise.