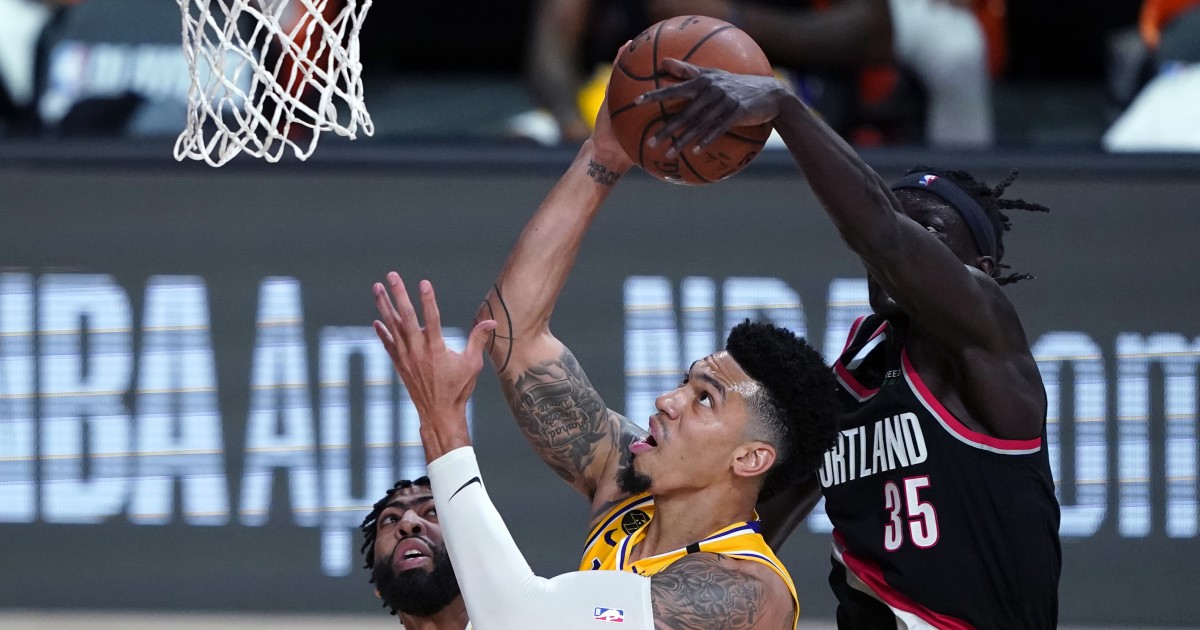 It was a day of surprises in the NBA bubble, as top two teams the favorites to meet in the NBA Finals, lost their playoff openers. The Milwaukee Bucks, who had the best record in the NBA, came out flat Tuesday, as they were stunned by the Orlando Magic. Orlando jumped out a quick 19-point lead and never looked back, as every Milwaukee run was answered, with Nikola Vucevic scoring 35 points with 14 rebounds. Later the Los Angeles Lakers were stunned by the Portland Trail Blazers 100-93, as Damian Lillard outplayed LeBron James, scoring 34 points. Elsewhere the Miami Heat scorched the Indiana Pacers 113-100, while the Houston Rockets blasted the Oklahoma City Thunder 123-108.