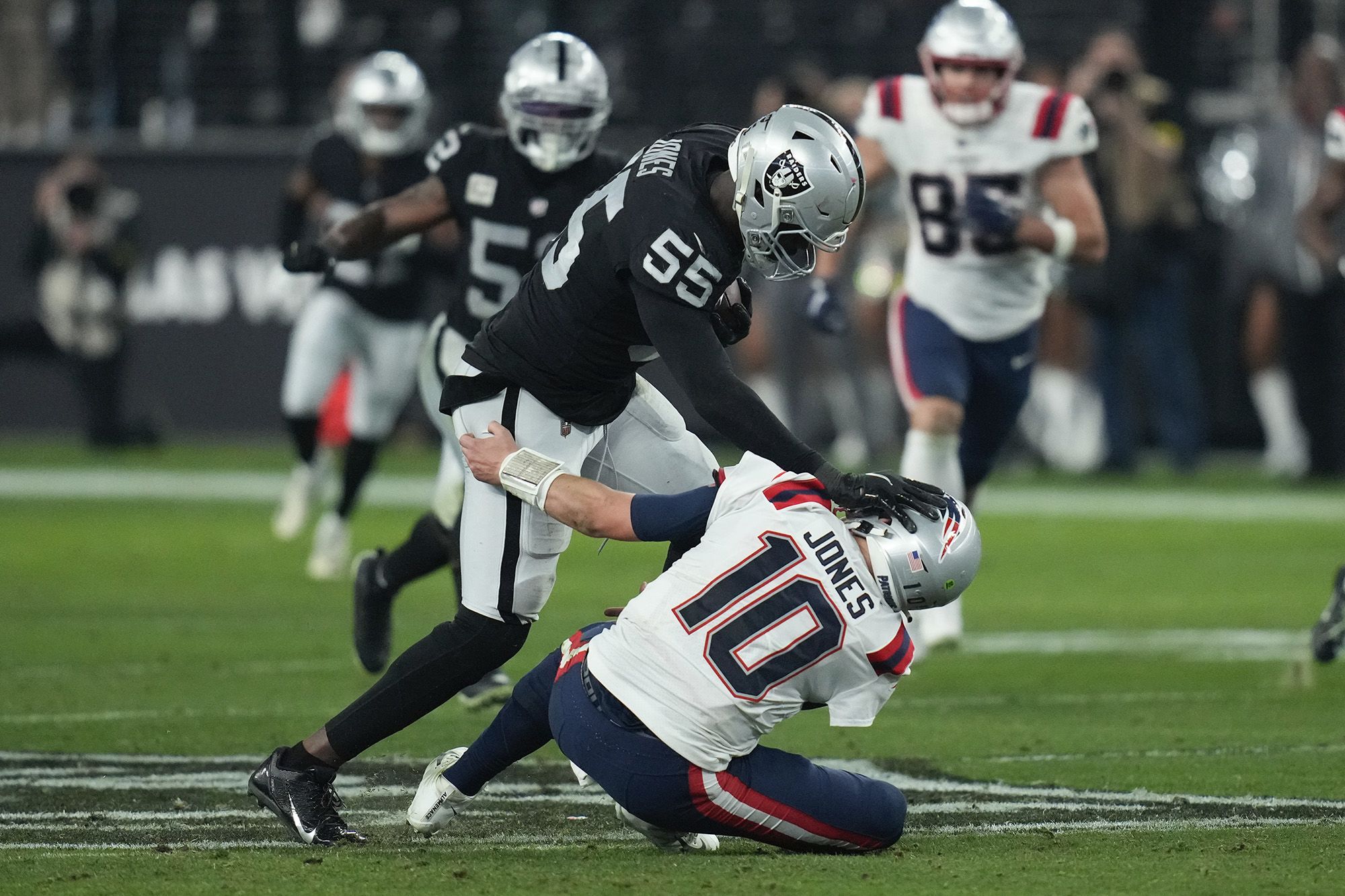 On an NFL Sunday with a full slate of games with playoff implications taking place, one of the wonkiest plays in league history occurred at Allegiant Stadium. The Patriots and Raiders have had inconsistent seasons, and the reasons why were on full display last night.

In a back and forth game full of penalties and turnovers, the biggest turnover happened on the last play of regulation. With the scored tied at 24 a piece, and with three seconds left on the clock, New England opted to run a play instead of kneeling which would’ve taken the game to overtime.

Rhamondre Stevenson took the hand-off from Mac Jones and scampered for 23 yards…but then lateralled the ball to Jakobi Meyers, who then threw pass across the field that winded up in the hands of former Patriot Chandler Jones. Jones, proceeded to take the interception all the way to the endzone, winning the game as time expired.

The loss doesn’t end the Pats season, but does hurt their chances to make the playoffs. As for the Raiders, they’ve been able to cling to an outside chance of making the postseason, but will need help from others above them in order to make it back to back seasons appearing in Wild Card Weekend.