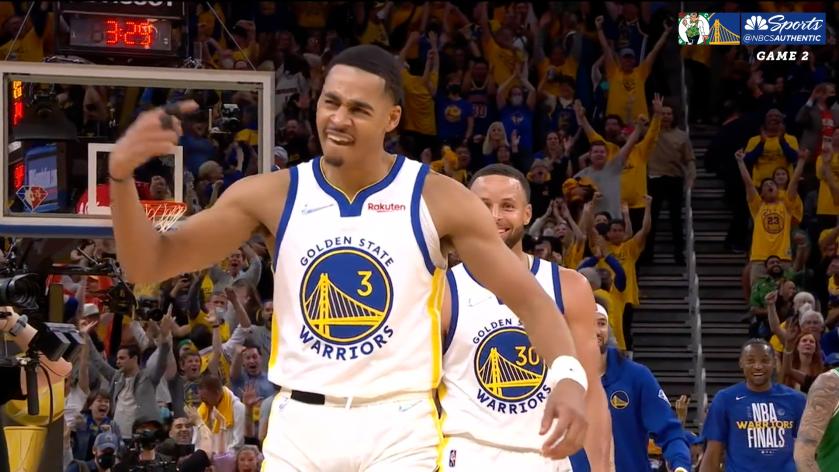 On Sunday night Game 2 of the NBA Finals tipped-off at the Chase Center.  After grabbing Game 1 in surprise fashion, the road Celtics were playing with house money.  In what was essentially a must win for Golden State, they treated it that way in a 107-88 blowout.

Jordan Poole hit a half court shot as the buzzer sounded for the break to put the Warriors up by 23 going into the third quarter.  The Celtics never really challenged the point deficit which turned out to be insurmountable.  Jayson Tatum finished with 28 points, but 21 of those came in the first half.

The Celtics key contribution from players like Marcus Smart and Al Horford was severely missing in the game.  Now all square at a game a piece, the series shifts to the TD Garden on Wednesday night.