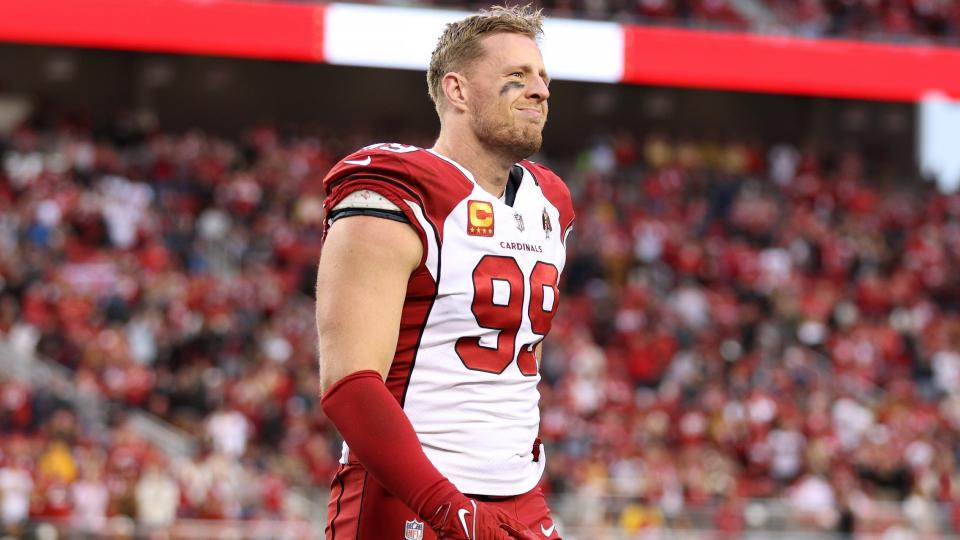 Week 18 of the NFL regular season culminated Sunday with the whole of the NFL showing supports for Bills Safety, Damar Hamlin. One game played at Levi Stadium showcased two teams heading in opposite directions.

The San Francisco 49ers proved once again why they’re the hottest team in the league, as they won their 10th straight game against the Cardinals, 38-13. In a game that saw S.F. playing for seeing with the 1 seed up for grabs, they’ve settled in the 2 spot as the Eagles won their game against the Giants.

Rookie QB, Brock Purdy made history for the NFC West club, as he became the 1st rookie quarterback to start 5-0 since 1950. History was made on the other side of the ball as well. Future Hall of Famer, J.J. Watt played his last game in what’s been a tremendous career for the Wisconsin product. Watt continued to put up numbers on the struggling Cardinals, including 2 sacks against the 49ers. Watt; a 3-time Defensive Player of the Year has nothing left to prove in his lauded career.

As for the 49ers, their season will truly begin in the playoffs next Saturday. They’ll welcome division rivalry, the Seahawks to Levi Stadium. A team they swept in the regular season.