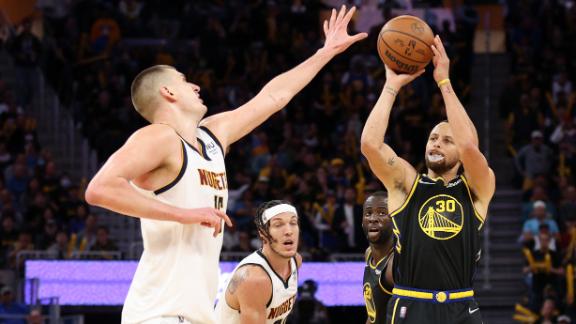 After dropping Game 4 in their series with the Nuggets, the Warriors returned home to the Chase Center, and promptly closed out Denver in 5 Games.

The Nuggets put up a valiant effort, but were outmatched for the entirety of the series.  The league’s reigning MVP, Nikola Jokic carried the load for the away team with 30 points, but he and the Nuggets were outmatched by the Warriors.

Steph Curry returned to the starting lineup for the home team, and had 11 points in the fourth quarter to secure the victory for Golden State.  The Nuggets have real question marks surrounding their roster for next season.  However, the Warriors continue to march toward an appearance in the Western Conference Finals.